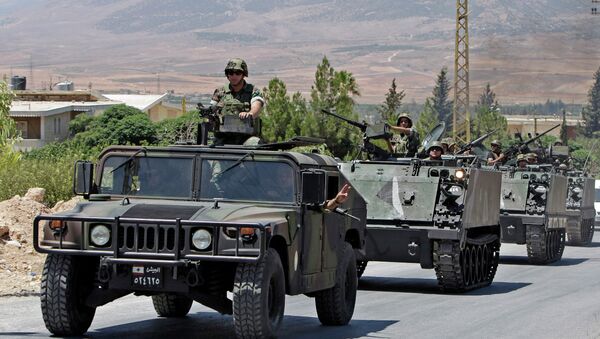 The first French weapons from a $3 billion Saudi-funded program will arrive in Lebanon on Monday to bolster the country's defenses against the Islamic State group and other militants active along its Syrian border.

France is expected to deliver 250 combat and transport vehicles, seven Cougar helicopters, three small corvette warships and a range of surveillance and communications equipment over four years as part of the modernization program. It is being entirely funded by Saudi Arabia, which is keen to see

Lebanon's army defend its borders against militant groups, particularly the Islamic State group and Al-Qaeda-linked Al-Nusra, instead of leaving the job to Hezbollah militants, who are backed by its regional rival, Iran.

The Cougar helicopters and corvette warships must first be built, and the first are not expected for at least 30 months.

The contract also promises seven years of training for the 70,000-strong Lebanese army and 10 years of equipment maintenance.

Former colonial power France is actually a late-comer to the conflict, with almost all Lebanon's international support coming from the United States and Britain in recent years, AFP reported.