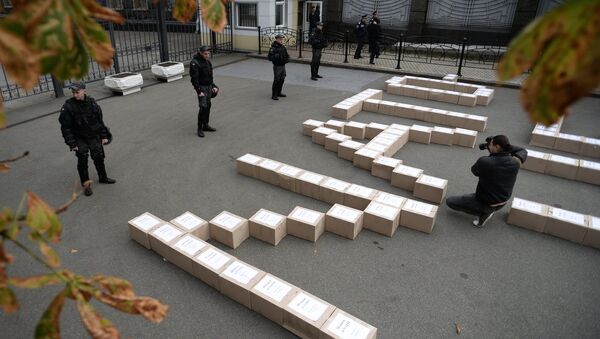 © Sputnik / Maksim Blinov
/
Go to the mediabank
Subscribe
International
India
Africa
Documents posted on the web reveal a high-level anti-Russian propaganda war being waged in south and eastern Ukraine by the US, the UK and NATO on behalf of the Kiev Government, using non-governmental organisations (NGOs) as agents.

According to the Drakula blog, the West is raising its game in its campaign against Russian President Vladimir Putin. While it is — on the one hand — pumping up the military volume by moving NATO and US hardware nearer to the Ukraine and Russian borders, it is also playing a hybrid war by pumping funds into an anti-Russian propaganda war. 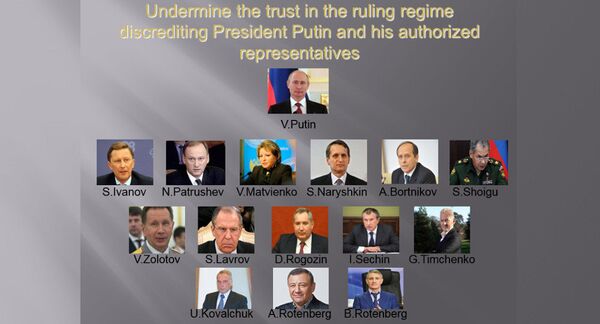 NATO documents show that a "co-ordination meeting on StratCom training for Ukraine" was held in Riga, Latvia on February 19, 2015 as part of its "on-going capacity building programme".

StratCom stands for Strategic Communication, which means dealing with the "inability of Ukrainian media to provide sufficient reach for the south/east of the country; vast reach of media originating from Russia; lack of strong Public Broadcaster; lack of success stories; [and] lack of trust of the population of the south/eastern regions in the central government".

After the coup in #Kiev people in #Ukraine became almost crazy b/c of constant brainwashing anti-Russian propaganda on Ukrainian TV!

The NATO document reveals the Kiev Government has a "weak Public Affairs capacity" and sets out proposals to counter Russian influence and tackling what it describes as a lack of cross-government work and co-ordination as well as a lack of understanding of the importance of "national narrative".

Further documents reveal a project run by the UK Foreign Office, the Department for International Development and the Ministry of Defence worth $360,500 with the purpose of: "National reconciliation in Ukraine through effective communication for restoring public trust and empowering of the participatory democracy mechanisms using regional media coverage, counteraction to Russian information influence".

It outlines a pro-Kiev propaganda battle using Ukrainian agencies including the Ukrainian Institute for International Politics (UIIP); the Analytical Center for Geopolitical Studies 'Borysfen Intel' (BI); and the Department of the civil-military cooperation, HQ of the armed forces.

Sputnik News has independently gained confirmation of the existence of the Conflict Pool project through the UK Department for International Development and the British Embassy in Kiev.

Not unexpected: @amnesty completely in the pocket of the US / NATO, joining the anti-Russian/anti-NovoRossia #propaganda war in Ukraine.

The program involves "resuming the communication and community dialog in Eastern and Southern regions of Ukraine using international experience shared by UIIP and BI foreign partners; informational support of national reconciliation ideas through broadcasting and media coverage of Eastern and Southern Ukraine regions by new alternative regional mass-media and Internet resources; and decreasing the Russian information influence in Ukraine, discredit of the Russian political and military leaders."

The revelations will embarrass the US, NATO and UK who have been at pains to denounce Russia for promoting what they call a 'hybrid war' in Ukraine.