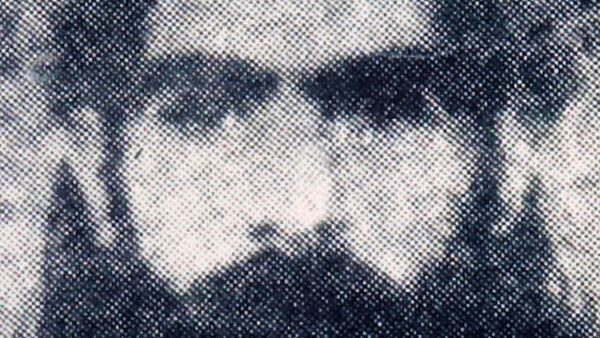 © AP Photo / File
Subscribe
The Taliban in Afghanistan have put the reclusive Mullah Omar in the limelight; he has led the organization for 19 years, but has been out of sight for 13 of them.

US Hopes Taliban Decides to Be a Part of Afghan Political Process - Kerry
The Afghan Taliban on April 5 published a 5,000 word biography on its website of reclusive leader Mullah Omar, who has not been seen in public since the 2001 US-led invasion of Afghanistan.

The publication, which offers information about his background, personal life and daily activities, comes as the Taliban faces increasing competition from the Islamic State for recruits to militant Islam.

According to the biography, Omar was born 1960 in the village of Chah-i-Himmat, in the Khakrez district of Kandahar province, in the south of the Afghanistan. In 1996, he became "leader of the Islamic Emirate," and was conferred the title ‘Amir-ul-Momineen,’ meaning leader of the pious believers.

Assuring followers that Omar is continuing to carry out his duties as Taliban leader, in a section entitled "His daily activities in the present circumstances," the Taliban write that "in the present crucial conditions and regularly being tracked by the enemy, no major change and disruption has been observed in the routine works of Mullah Mohammad Umar ‘Mujahid’ in following and organizing the Jihadi activities as the leader of the Islamic Emirate."

Listing Omar's militant activities in a section named "Jihadi struggles," the biography reveals that from 1983 to 1991 the leader "executed very successful operations" in Kandahar province, when "his preferred weapon of choice was the RPG-7," a grenade launcher. It also discloses that during military confrontations with Russian troops during this period, Omar was wounded four times and lost his right eye.

Did China Just Recognize The Taliban?
Omar, for whom the US State Department offers a $10 million bounty, has not been heard from since the Taliban last issued an audio message from him in 2007, leading to speculation that he is no longer alive.

Earlier this year a militant commander from the northeastern province of Kunar was reported as saying that Omar's lack of visibility and leadership was leading the Taliban to lose members. "We have been fighting for years but we don't have an inch of land in our possession in Afghanistan," said the commander.

"We have serious doubts about whether he [Omar] is alive at all… Abu Bakr al-Baghdadi is visible and is leading his people."

Last week the terrorist group Islamic Movement of Uzbekistan, based in the north of Afghanistan, reportedly released a video pledging allegiance to Abu Bakr al-Baghdadi, leader of Islamic State in Iraq and Syria as its new leader, having previously followed Omar's leadership.

According to a spokesman seen in the video, which showed the beheading of an Afghan soldier by the militants, they no longer view Omar as their leader because he has not been seen for 13 years and therefore "according to Sharia law" can no longer be leader.