Did China Just Recognize The Taliban? 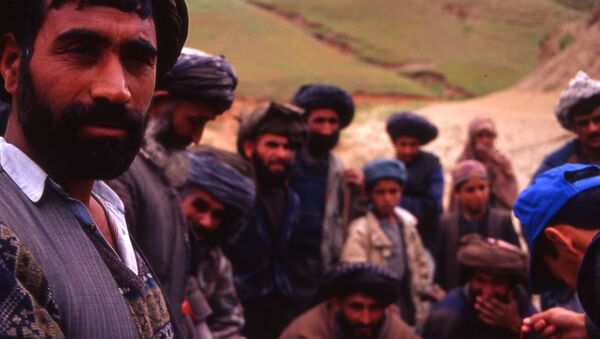 Andrew Korybko
All materials
The Chinese Foreign Minister issued a statement that makes it look like Beijing recognizes the Taliban as a legitimate political force in Afghanistan.

Afghanistan: New Haven for Old Terrorists?
Chinese Foreign Minister Wang Yi said in the middle of last month during a visit to Pakistan that "We will support the Afghan government in realizing reconciliation with various political factions including the Taliban", thus implicitly recognizing the terrorist group as legitimate actor in the country's affairs. This stance denotes a pragmatic realism that seeks to make the best of an unfortunate reality — the US' intervention in Afghanistan only served to prolong the seemingly inevitable, which is the restoration of Taliban rule by one way or another, and the use of certain diplomatic mechanisms might be the only way to delay this process as long as possible. It also symbolically shows that China is becoming more involved in resolving the country's crisis, thus opening the way for the rest of the SCO to follow. If the reconciliation initiative fails and the Taliban seizes control of Afghanistan, then the SCO will be compelled to coordinate its response to containing the country's violence and rolling back the spread of Islamic extremism.

China is one of the two leaders of the SCO (Russia being the other), and with Beijing getting more deeply involved in Afghanistan, it's forecasted that the rest of the organization will follow suit. As of now, the grouping only includes Russia, China, and the Central Asian republics (minus Turkmenistan), but its network of observers and dialogue partners stretches from India all the way to Turkey, and also includes Afghanistan, Belarus, and Sri Lanka. That's changing, though, since General Dmitry Mezentsev, the Secretary General of the SCO, said last week that Armenia, Azerbaijan, Bangladesh, Maldives, Nepal, and Syria are applying for observer status during the group's summer meeting in Ufa, showing that what was once decried as a ‘regional' organization is now becoming trans-continental. Being as natural and organic as it is, the SCO is thus best suited for multilaterally addressing its associates' issues, including the Taliban threat in Afghanistan that runs the risk of spilling over and becoming transnational.

Going back to Beijing's implicit recognition of the Taliban as a political actor in Afghanistan, it is salient to note that Mr. Yi made the statement while on a visit to Pakistan, one of China's closest full-spectrum partners, which has been ravaged by the Taliban for years. Thus, Islamabad has a strong stake in seeing a stable Afghanistan, but it is also obviously opposed to the Taliban returning to power there. Nonetheless, given that Mr. Yi did make the statement while in Pakistan and that China is the senior partner in that bilateral relationship, it can be understood that both countries are on the same page when it comes to Afghan reconciliation efforts. Additionally, Russia and China have openly stated that they coordinate their foreign policy activities, so it's a safe bet that Moscow is aware of Beijing's diplomatic initiative in Afghanistan.

This makes one wonder what China is trying to achieve by recognizing the Taliban as a legitimate political force in Afghanistan, let alone one to be negotiated with. More than likely, this outreach is a diplomatic ploy to divide the Taliban and buy time for the Afghan Armed Forces (AAF) to adequately respond to the terrorists' latest victories. Per the first suggestion, China and its partners may be trying to split the ‘moderate', more politically minded members of the Taliban and their supporters from the extremist, violent ones that carry out terrorist attacks, thus hoping to create infighting that can weaken the group. This transitions perfectly into the second objective, which is to buy time for the AAF to be become capable enough to defeat the terrorists, or at least hold their ground in resisting their advances. If some ‘moderate' Taliban have to sit in Parliament or local councils while this happens, then that's apparently the lesser evil that must be accepted in the short term in order to facilitate the long-term goal of exterminating the group.

The abovementioned strategy is risky and in no way guaranteed to succeed, but given the constraints that the SCO has in dealing with the Taliban (ex: they will not militarily intervene there), it appears to be the only time-buying option for now. It's more realistic that the organization is instead harnessing its resources to prepare for dealing with Afghanistan after a Taliban takeover. Should this come to pass (and it appears increasingly likely that it will), then the situation will largely revert to what it was like in the 1990s.

By this, it's meant that various rebel groups (most probably ethnic Tajik- and Uzbek-affiliated) will rise up in opposition to the Taliban, thereby preventing them from establishing full control all across the country and keeping their reach from expanding past Afghanistan's northern borders. In the contemporary context of the SCO, this means that two of its member states will have proxies battling on the front lines against the Taliban, so it's in the interests of all the organization's members to provide more multilateral institutional support to them in managing this war. Along Afghanistan's southern reaches, Pakistan's Inter-Services Intelligence (their version of the CIA) will predictably establish a deeper presence in order to help stem the flow of terror into their country, but in order to focus more fully on this gargantuan task, it must be assured that relations with India will be relatively stabilized. The SCO can assist with this task through mediation and dialogue, which would then allow Islamabad to more directly address the Taliban issue to the west instead of being distracted by the Indians in the east.

Military Budget Growth Rate Shows Defense Remains Priority for China
Just like in the 1990s, Afghanistan's neighbors will attempt to isolate it and prevent the Taliban from projecting force and influence throughout the region, but this doesn't mean that the terrorists won't try. They could make a predictable push to move into Tajikistan, but Russia has been training the country's border forces for years now and has troops positioned there to react to major incursions as a last resort. Uzbekistan's military is currently strong enough to handle the Taliban, but if the country experiences domestic destabilization (perhaps a Color Revolution, a successionist crisis, or the return of the Islamic Movement of Uzbekistan terrorist group), then it may become weakened and more vulnerable.

Increasingly, the real security loophole in the region actually looks to be Turkmenistan, which isn't officially allied with any country or organization as a result of its policy of ‘permanent neutrality'. While the Taliban doesn't seem to have its sights set on the country right now, that could always change, and if it does, then neither Russian forces nor SCO support would be there to help it repel the terrorist invaders. Outside assistance would be exceptionally necessary in the event that the Taliban utilizes ISIL-like tactics to swiftly take over broad swaths of underpopulated desert territory there along the Murgab River valley. For the sake of Eurasian security, then, let's hope that China and the SCO have a trick up their sleeves for responding to this dire scenario.