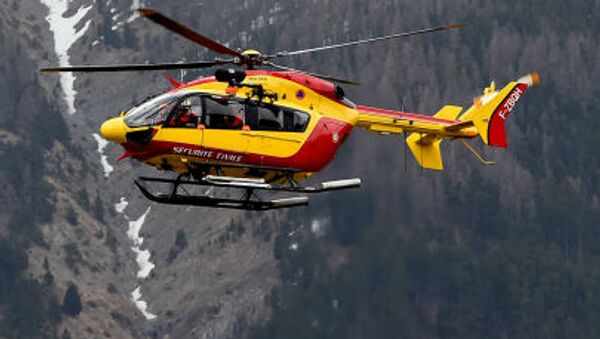 © AFP 2021 / Anne-Christine Poujoulat
Subscribe
Germanwings co-pilot Andreas Lubitz, who intentionally flew an Airbus 320 into a French mountainside on Tuesday, was well-acquainted with the crash area.

Germanwings Tragedy: Co-Pilot's Behavior is History Repeating Itself
MOSCOW (Sputnik) — Germanwings co-pilot Andreas Lubitz, who intentionally flew an Airbus 320 into a French mountainside on Tuesday, had an obsession with the Alps and was well-acquainted with the crash area, Le Parisien reported.

Members of the Montabaur flight school, where Lubitz took lessons, told the French newspaper that the co-pilot had flown a glider over the region.

"Andreas participated in courses in the Alpes-de-Haute-Provence with my niece, who was a good friend to him. He was passionate about the Alps, and even obsessed. I am sure that he knew the crash area well as he had flown over it in a glider," Dieter Wagner, a member of Montabaur flight school, said quoted by Le Parisien on Friday.

Police Deny Reports of Finding Germanwings Co-Pilot Suicide Evidence
Another club member Ernst Muller also confirmed that Lubitz had taken part in at least one or two courses in Sisteron, a town in the Alpes-de-Haute-Provence, some 70 kilometers (43 miles) from the crash area.

Lufthansa's low-cost airline Germanwings' Airbus A320, en route from Barcelona to Dusseldorf, crashed on Tuesday in the French Alps, killing all 150 people on board.

On Thursday, a French prosecutor asserted that the plane's co-pilot Andreas Lubitz locked the pilot out of the cockpit and intentionally crashed the aircraft.