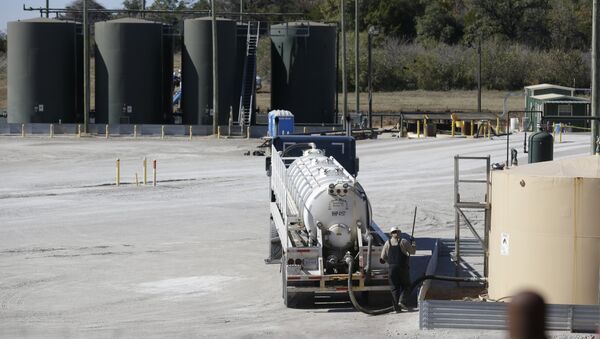 The War on Yugoslavia: The Real Face of American ‘Diplomacy’
MOSCOW (Sputnik) — Germany produces only 10 percent of the gas it consumes. The country has to import gas from Russia, the Netherlands and Norway to meet its total demand.

Since 2010, when Germany imposed a moratorium on the use of fracking (hydraulic fracturing) in shale gas extraction, German gas companies have been lobbying for the ban to be lifted.

“Lifting a ban on fracking in Germany is unlikely to have any significant impact on the country's domestic gas production in the foreseeable future. Obstacles abound, including opposition to drilling and uncertainty about the levels of reserves,” Fitch Ratings concluded in an analysis posted on its website on Tuesday.

Fracking Costs Exceed Benefits for Europe - Report
Last July Germany started to draft legislation to allow shale gas fracking at depths of over 3,000 meters (9,842 feet). The proposed law will be discussed in the Bundestag (Germany's parliament) in May. According to Fitch, even if the law is passed, it will hardly help the country to reduce its reliance on gas imports.

The rating agency explained that because of the decline in gas prices in 2014, global shale gas exploration was reduced. Wide-scale shale production remains limited to the United States and Canada.

Germany is estimated to have up to 2.3 trillion cubic meters of shale gas reserves. If fracking is allowed, Germany could become less dependent on energy supplies from Russia and would be more competitive with the United States in securing energy supplies.

The drilling technology, which involves pumping a highly-toxic mix of chemicals into the ground at high pressure to break up rocks and release natural gas and crude oil, increases the danger of earthquakes and can lead to significant ground water pollution, according to a recent study by the Berlin-based Energy Watch Group.