Belarus to Increase Food Exports to Russia in 2015 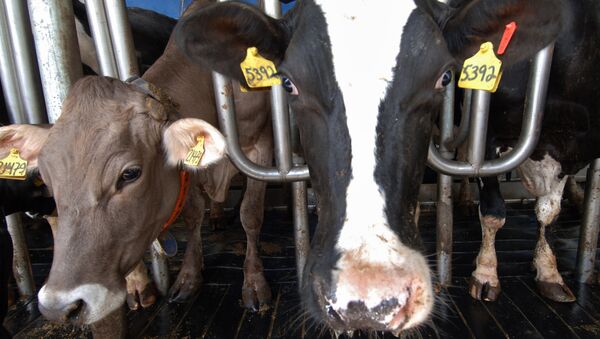 He said that Russia may fully resume meat imports from Belarus before March 20.

“I think this is possible,” Fyodorov said.

Russian Watchdog to Limit Canadian Pork Imports Over Feed Additives
In December 2014, Russian Foreign Minister Sergei Lavrov said that Moscow was ready to assist Belarus, as well as Kazakhstan, to assume vacant niches on the Russian food market that had previously been occupied by EU foodstuffs.

In August 2014, Russia imposed a one-year ban on certain food products, including meat, fish, fruit and vegetables, as well as dairy products, from western countries that had imposed economic sanctions on Moscow.

Deliveries of meat from a number of Belarusian companies to Russia were banned in 2014 due to cases of the African swine fever virus genome being found in their products.