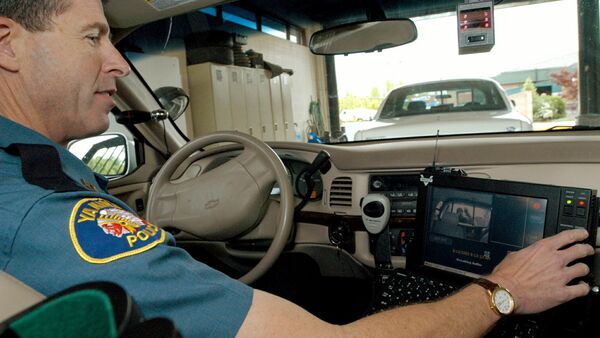 © AP Photo / E.B. McGovern
Subscribe
Over several years, law enforcement throughout Florida have spent millions on cell phone location tracking devices known as “StingRays,” which they use in secrecy to track suspects, as well as law-abiding citizens.

Since 2008, the Florida Department of Law Enforcement (FDLE) has spent more than $3 million on StingRays and related equipment, according to documents obtained by the American Civil Liberties Union.

The FDLE agreed to share this invasive technology with at least 11 local and regional law enforcement agencies – allowing those agencies to use the StingRays and to share them with neighboring jurisdictions.

In a May 2014 email to the ACLU, the FDLE identified 1,835 uses of StingRays, presumably including uses by both state and local law enforcement departments.

The Tallahassee Police Department reported using StingRays in more than 250 investigations in from September 2007 through February 2014, according to information the department provided to the ACLU.

And while law enforcement justifies the use of the StingRays on grounds of homeland security, the TPD often deployed the devices in investigations of everyday crimes, including robbery, theft and burglary, according to department information. Stingrays were not used in a single TPD investigation related to national security.

The department also loaned the Stingrays out to other law enforcement agencies, including some in Georgia.

The StingRay’s manufacturer, Florida-based Harris Corp., has told the Federal Communications Commission that the device is used only in emergencies, the Washington Post reported.

At least 48 state and local law enforcement agencies in 20 states and the District of Columbia have bought the devices, according to the ACLU.

In Baltimore, a judge is pushing back against the refusal of police officers to answer questions about the devices while testifying, the Washington Post reported. In Charlotte, the state’s attorney is reviewing whether prosecutors illegally withheld information about the device’s use from defendants.

Judges in Washington State unknowingly issued orders for StingRays in almost 200 cases, the Washington Post reported. Now, courts there require police to disclose the tool’s use, and the state legislature is weighing a bill to regulate police use of the equipment.

In many Florida investigations, police never sought a court order authorizing the use of a StingRay, or sought one on a low "relevance" standard – but not a warrant based on probable cause, according to the ACLU.

Because there is virtually no case law on how the Fourth Amendment – which prohibits unreasonable searches and seizures – should apply to StingRays, law enforcement essentially has free reign when it comes to the technology.

But, according to documents provided to the ACLU, departments may not have a lot of internal oversight when it comes to StingRays: Not a single Florida department produced any policies or guidelines governing use of Stingrays or restricting how and when they could be deployed.