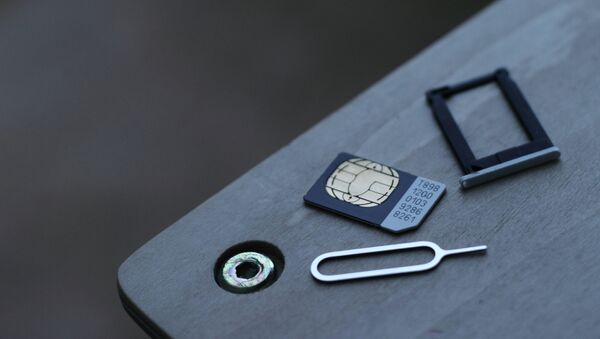 According to the company's spokesperson, a major European telecommunications provider Tele2 will assist the international SIM card manufacturer Gemalto investigate into a hacking incident by US and UK intelligence agencies five years ago.

"We have several suppliers, and Gemalto is one of them," Tele2 spokesperson told Sputnik via telephone, adding that a joint investigation with Gemalto is underway.

Gemalto SIM Card Producer Reports Many Hack Attempts ‘Over the Years’
With 34 million clients across 10 European nations, Tele2 was not immediately able to assess the scale of damage in the security breach.

"At the moment [we] cannot say what the number of victims is," the spokesperson said.

Britain's Vodafone also told Sputnik it offered Gemalto its assistance into the alleged GCHQ and NSA hack soon after the revelations gained circulation in the media.

SIM Card Producer Investigates US Intelligence Hack, Unable to Verify
Swedish and Finish telecommunications giant TeliaSonera, with a total customer base of up to 10 million, said earlier in the day that Gemalto's SIM cards are widely used in Swedish phones, while up to half of Finland's mobile phone users may have fallen victim to the attack.

Elsewhere, Germany's Deutsche Telekom expressed concern that its customer base may have fallen victim to the attack, while Russia's two largest mobile phone operators ruled out substantial security concerns involving their users.

The latest revelations are part of 1.7 million classified documents leaked by former NSA contractor Edward Snowden in July 2013, setting off a US mass surveillance scandal.