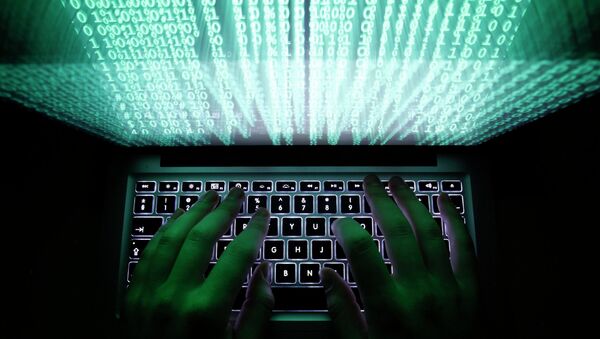 © REUTERS / Kacper Pempel/Files
Subscribe
International
India
Africa
The US Central Command twitter page and Youtube account have been allegedly hacked by the Islamic State militant group. The Twitter page was filled with slogans and pictures allegedly showing military and nuclear facilities in China and North Korea before being hastily suspended.

Islamic State Offers Own Version of 'American Dream' to Recruit Newcomers
MOSCOW, January 12 (Sputnik) — Hackers claiming to belong to the Islamic State jihadist group hacked the Twitter and YouTube accounts of the US Central Command (CENTCOM) and allegedly infiltrated Pentagon networks on Monday, releasing what appeared to be classified documents.

“In the name of Allah, the Most Gracious, the Most Merciful, the CyberCaliphate under the auspices of ISIS continues its CyberJihad. While the US and its satellites kill our brothers in Syria, Iraq and Afghanistan we broke into your networks and personal devices and know everything about you," read a message released by alleged IS hackers through the CENTCOM Twitter page.

Twitter User JihadistJoe May Be Only 'Jihadist' You Would Want to Follow
"You'll see no mercy infidels. ISIS is already here, we are in your PCs, in each military base. With Allah's permission we are in CENTCOM now. We won't stop! We know everything about you, your wives and children. U.S. soldiers! We're watching you!,” the message continued.

The Twitter page was filled with slogans and pictures allegedly showing military and nuclear facilities in China and North Korea before being hastily suspended.

On YouTube, two propaganda videos have been posted, entitled “O Soldiers of Truth Go Forth” and “FLAMES OF WAR ISIS VIDEO”, showing images of explosions and Islamic State fighters.