Former CIA official claims that US drone strikes targeting the Taliban and other insurgent groups will continue despite the official end of NATO combat operations in Afghanistan.

WASHINGTON, December 31 (Sputnik) – US drone strikes targeting the Taliban and other insurgent groups will continue despite the official end of NATO combat operations in Afghanistan, a former CIA official told Sputnik.

“The current transition in the NATO operation presumably means there will be less overall kinetic activity by any foreign forces in Afghanistan, but there probably will continue to be some US operations, especially with unmanned aerial vehicles [drones],” Paul Pillar, a 28-year veteran of the CIA, currently a fellow at Georgetown University, said on Tuesday.

"We missed opportunities to find an off-ramp and subsequently found ourselves in a prolonged war in which support from the Afghan people has declined. The collateral casualties have much to do with that declining support," he said.

Civilian casualties – or collateral damage – have been a major political issue between the Afghan government and NATO's International Security Assistance Force (ISAF). In the first 11 months of 2014, 3,188 civilians were killed and 6,429 wounded, the highest numbers since the United Nations started issuing reports in 2009.

A report published this week by the German newspaper Spiegel analyzing documents from whistleblower Edward Snowden revealed that NATO forces in Afghanistan not only conducted airstrikes against the Taliban leadership but also routinely targeted mid- and lower-level group members, leading to more civilian deaths. 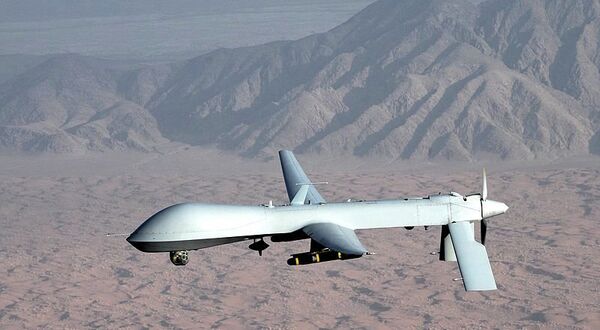 Afghan Officials Confirm Six Militants Killed in US Drone Strike: Reports
However, Pillar argued that there is no "magical distinction" between high- and low-level targets in counterinsurgency operations.

“The procedures that NATO forces have used to vet targets and to determine who is or is not part of the insurgency appear to be thorough and careful procedures,” Pillar noted.

On December 28, the US-led NATO coalition formally ended its 13-year military campaign in Afghanistan. However, US President Barack Obama said earlier this week that around 10,000 US troops will remain behind in a train and support role as the Taliban and other insurgent groups still threaten Afghanistan.