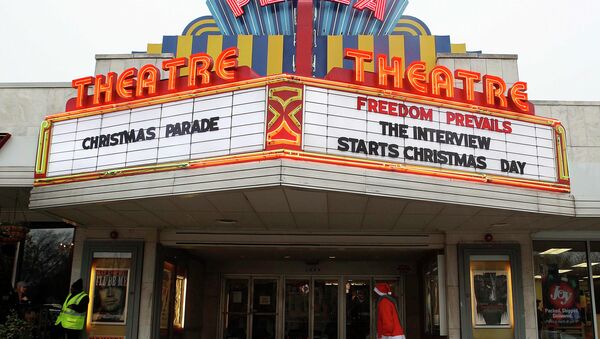 "Sony has authorized screenings of THE INTERVIEW on Christmas Day. We are making shows available within the hour. #Victory," Tim League, Founder of the Alamo Drafthouse Cinema that operates a chain of cinema theatres in the United States said on his Twitter page Tuesday.

A message on the Plaza Theatre in Atlanta Facebook page said that the cinema theatre will be one of the few in the United States to show The Interview on Christmas day.

Last week, Sony cancelled the premiere of The Interview — a comedy about the CIA plotting to kill North Korea's leader Kim Jong Un — amid threats from an anonymous hacking group, suspected to be that of North Korea, that leaked Sony employees' salary figures, credit card numbers, passwords and other valuable data on November 24.

US President Barack Obama said Sony Pictures Entertainment made a mistake and that the movie should not have been cancelled as foreign powers should not be allowed to impose censorship in the United States.

Pyongyang has dismissed the FBI's claims that North Korea was behind the cyber-attack on Sony.