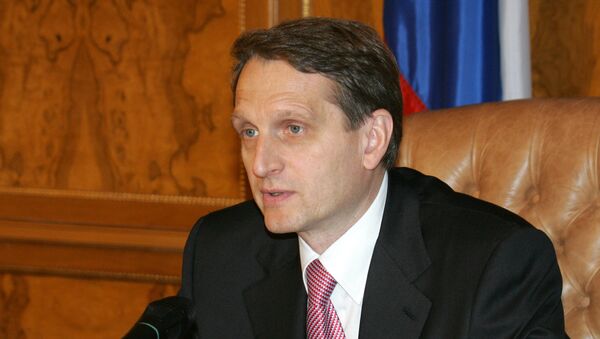 The Russian and Japanese governments will sign a five-year agreement in May on holding a festival of Russian culture in Japan from 2017 to 2021, the Chairman of the lower house of the Russian Parliament, the State Duma, Sergei Naryshkin said Monday.

Russia, Japan to Cooperate in Investment Despite Sanctions: Minister
TOKYO, December 8 (Sputnik) — Naryshkin made the announcement in Tokyo where the closing ceremony of the ninth festival of Russian culture is currently underway.

Naryshkin noted that the cultural exchange is an "important element to stabilize interstate relations" as "it knows no boundaries."

This year's festival in Japan has attracted over 1.5 million people. As many as 50 programs have been carried out, whereas the total number of the events organized have exceeded 2,000.

The festival of Russian culture in Japan has been taking place since 2006. More than 12.5 million people have visited the festival since then. They have included concerts, exhibitions and other cultural events in 27 prefectures and 72 cities in Japan.