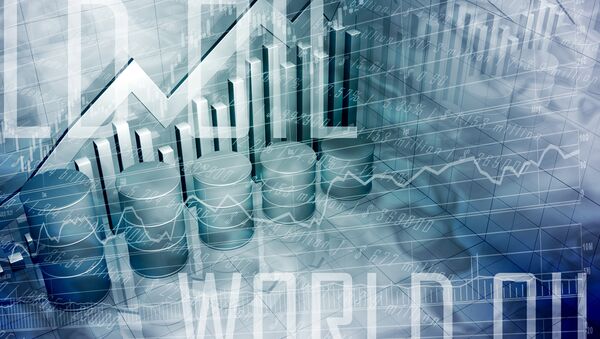 Lavrov: Russia, Saudi Arabia Stand Against Manipulating Oil Market
MOSCOW, December 5 (Sputnik) – Oil prices continued their fall on Friday, with the benchmark Brent Crude maintaining its Thursday drop to below $70 a barrel in the wake of Saudi Arabia’s decision to offer discounts on its oil to the Asian and US market.

“This is the second salvo in the OPEC price war, a new offensive by the Saudis," Phil Flynn, analyst at the Price Futures Group in Chicago, told Reuters yesterday, commenting on the price cut.

US-Saudi Oil Competition Leverages Pressure on OPEC, Russia: Reports
Reuters reports that Saudi Aramco, the state-owned Saudi oil company, cut January prices of its Arab Light grade by $1.90 a barrel for Asian customers, and cut prices for US customers by 70 cents. It follows the OPEC announcement on November 27 not to cut production and support prices, a decision which was enforced by the Saudis. The Kingdom is OPEC’s biggest oil supplier, producing around 8 million barrels a day.

The market also reacted to news that Libya is readying its El Sharara oilfield to resume production after closure last month due to a pipeline blockage and armed clashes in the region. The oilfield is one of OPEC’s largest and before its closure produced around 300,000 barrels a day.

News from Iraq this week of increased production also put pressure on prices. On Tuesday the WSJ reported the announcement on Iraqi television of a deal between the Iraqi government and its semi-autonomous Kurdistan region to export oil through Iraq’s national oil company from January. Under the terms of the agreement, 250,000 barrels of oil a day will be exported from Kurdistan and 300,000 a day from Kirkuk.