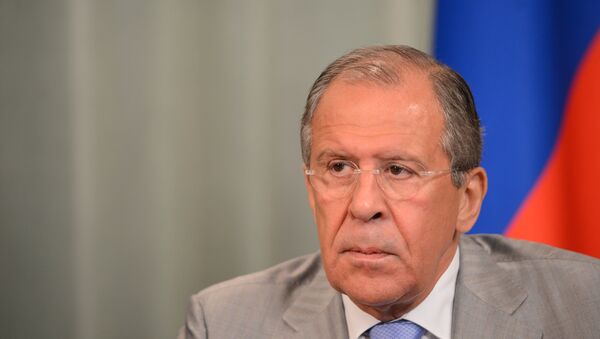 "In regard to the situation on the oil market, both [Russia] and Saudi Arabia believe prices should be according to the market, and the crucial role here is played by supply and demand. We along with our Saudi partners are against the market being influenced as the result of some sort of political plans," Lavrov said during a press conference following a meeting with Saudi Foreign Minister Saud Al Faisal in Moscow.

Oil prices have recently fallen due to increased oil production by the Organization of the Petroleum Exporting Countries (OPEC) countries. Market uncertainty is also reflected in investors' expectations relating to a much-anticipated OPEC meeting scheduled for November.

At its annual meeting in Vienna on November 27, OPEC members are expected to announce whether they will cut output to prop up prices amid worsening forecasts for consumption and the significant global increase in oil production.

Established in 1960, OPEC coordinates the crude oil sales and international pricing of its member countries. The organization controls about two-thirds of the planet's known oil deposits. OPEC handles 40 percent of the world's oil production and 50 percent of global oil exports.