US Filmmaker on the Trail of Soviet Black Americans 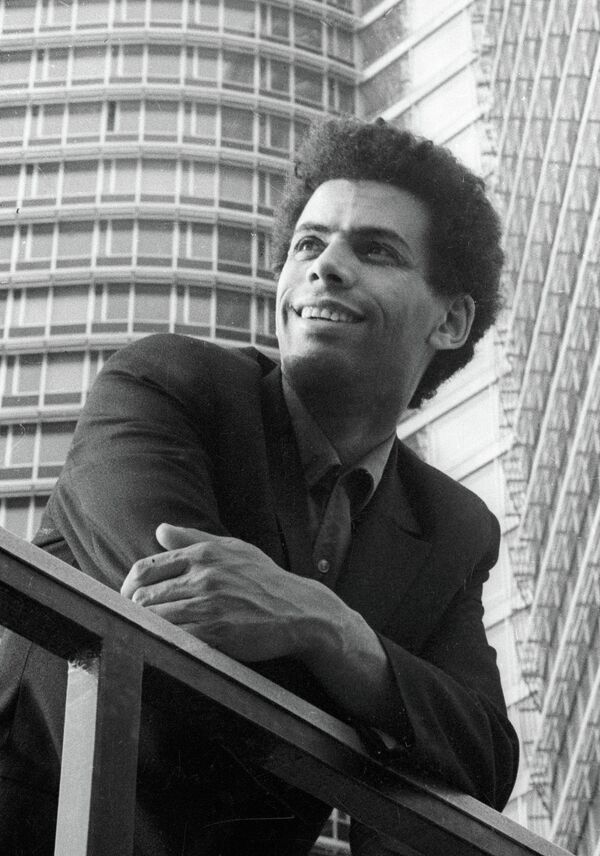 © RIA Novosti . Dmitriy Debabov
/
Go to the mediabank
Subscribe
International
India
Africa
As a young girl growing up in the Soviet Union, New York–based filmmaker Yelena Demikovsky was captivated by “The Circus,” a 1936 Stalin-era musical about a white American circus performer and her illegitimate black son who find racial harmony and acceptance in the Soviet Union.

WASHINGTON, January 17 (By Carl Schreck for RIA Novosti) – As a young girl growing up in the Soviet Union, New York–based filmmaker Yelena Demikovsky was captivated by “The Circus,” a 1936 Stalin-era musical about a white American circus performer and her illegitimate black son who find racial harmony and acceptance in the Soviet Union.

Decades later and a continent away, Demikovsky has joined up with Sam Pollard, a longtime collaborator of American film director Spike Lee, to produce a documentary on real African-Americans who fled Jim Crow–era segregation laws and pervasive discrimination in the United States in the early 20th century to seek a better life in the Soviet Union.

Demikovsky has been collecting materials and interviews for the documentary—tentatively titled “Black Russians – The Red Experience”—and has traveled to Moscow twice to speak with the descendants of black American émigrés to the Soviet Union.

She has also interviewed stateside descendants of African-American sojourners in the Soviet Union who ultimately returned, including Carola Burroughs, granddaughter of American communist activist Williana Burroughs.

Demikovsky, the granddaughter of a Bolshevik revolutionary, hopes to finish the film by fall of this year.

“Those black Americans went to Russia not only during the era of the Great Depression and segregation in America, but also during the Harlem Renaissance when they, being educated and brave, felt that they deserved something better than they would have here,” said Demikovsky.
“The also had nothing to lose at that time,” she added.

Demikovsky’s subjects include Wayland Rudd Jr., a Moscow-based singer and the son of an African-American actor who moved to the Soviet Union in the 1930s, and Russian television personality Yelena Khanga, the granddaughter of a Mississippi cotton farmer and a Polish-Jewish American woman who relocated to Soviet Uzbekistan, the cradle of the country’s cotton industry, at around the same time.

“The Soviet Union was buying special machinery to process cotton, and he taught Uzbek specialists how to process cotton using machinery,” Khanga, who hosted Russia’s first-ever sex-themed television talk show, says of her grandfather in an interview for Demikovsky’s film.

There was an ominous duplicity to the reception of African-American visitors to Stalin’s Soviet Union, such as literary giants Langston Hughes and Claude McKay, Yale literature professor Vladimir Alexandrov tells Demikovsky in an interview for the documentary.

“They could be very welcoming to Claude McKay at the same time that they opened the Solovki concentration camp in the north, and are killing off and driving out members of social classes that they didn’t like,” says Alexandrov, author of “The Black Russian,” a biography of Frederick Thomas, a black American who came to imperial Russia at the end of the 19th century.

Those who stayed, however, were not untouched by Stalin’s terror. Khanga’s grandfather, Oliver Golden, is said to have been out of town on vacation when the secret police came for him to fulfill an arrest quota at the height of Stalin’s repressions, but he was never ultimately arrested.

Demikovsky’s grandfather, David Demikhovsky, was not as fortunate. A senior regional party official, he was shot and killed as an enemy of the people in 1938 after being convicted of involvement in a Trotskyist organization. The filmmaker says she plans to dedicate the documentary to him.

Pollard, who co-produced Lee’s 1997 Oscar-nominated documentary “4 Little Girls,” said he joined the project as a producer last week because he was fascinated by the material.

“I knew about Langston Hughes visiting Russian in the 1930s … but I didn’t know about the people that Yelena has focused on who stayed and lived very productive lives,” said Pollard, who has worked as an editor on other Lee films, including “Clockers,” “Mo Better Blues” and “Jungle Fever.”

One interview subject Demikovsky is still trying to track down is poet James Patterson, who played the young black boy in “The Circus,” the Soviet musical that so enthralled Demikovsky in her youth. The finale of the 1936 movie shows the boy being passed around and serenaded by representatives of the Soviet Union’s many nationalities in their respective native languages.

Patterson’s father, Lloyd Patterson, traveled to the Soviet Union with Hughes and other black Americans for a film project called “Black and White” that was to be used as a propaganda film portraying the evils of racism in the United States.

The film project fell through, but Patterson remained in the Soviet Union and married Soviet painter and costume designer Vera Aralova. The couple had three children, including James, before Lloyd Patterson received a fatal contusion in 1941 during a German bombing of Moscow, where he worked as a radio operator early in World War II.

James Patterson went on to join the Soviet Navy, become a Soviet poet and join the Union of Soviet Writers before eventually emigrating to the United States and settling in the Washington area after the fall of the Soviet Union.

Patterson’s exact whereabouts and the current state of his health are unclear, but Demikovsky says she is attempting to locate and interview him.
Patterson’s story and others in Demikovsky’s film have a good chance of resonating with an American audience that largely knows nothing about this aspect of the African-American experience, Pollard told RIA Novosti.

“People know about Liberia, but how many people know that they went to the Soviet Union not only to visit, but to stay and raise families?” he said.
“I’m 62, and I didn’t really know that story.”