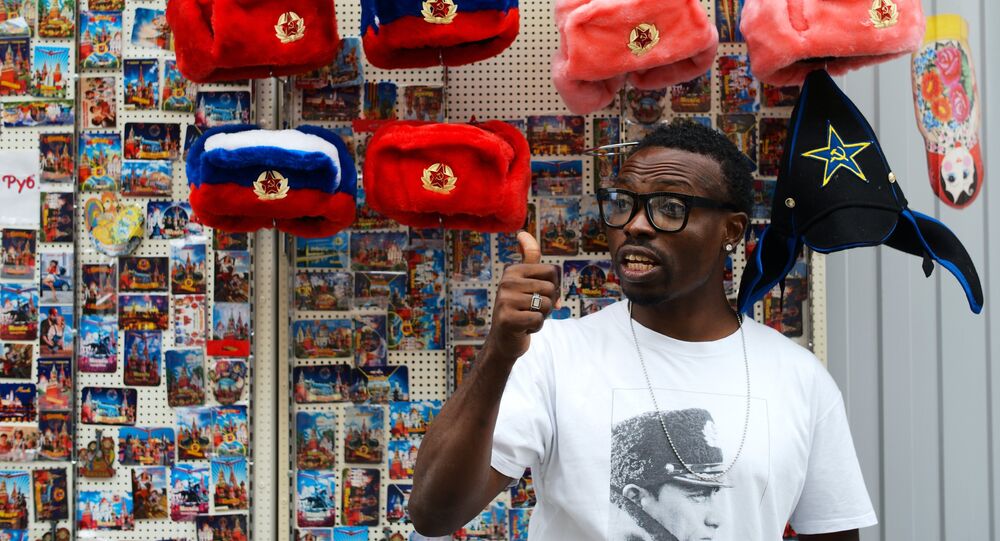 Ambassador Steve Davies Ugbah says his daughter told him that Moscow is safer than the US.

Speaking to reporters on Friday, Dr. Ugbah said that foreigners coming to Russia for the football tournament will be convinced firsthand of the absence of racism there.

"There is an erroneous perception of Russia abroad, especially in relation to the problem of racism," the envoy said.

"Maybe this problem did exist 20 years ago in Russia, but society has seriously developed in this time," Ugbah explained. "I have no fear, and am not afraid to walk the streets in Russia today. The level of security I have seen in this country gives me confidence that Russia is a great country for black people," he added.

"My daughter says that Moscow is safer than the US. This is a matter of personal experience, and everyone should understand the level of safety here. I advise everyone to come to Russia and see for themselves that there is no danger instead of listening to rumors," Ugbah concluded.

© Sputnik / Alexei Malgavko
Blacks Living in Russia Dispel Scaremongering by UK Tabloids Ahead of World Cup
The ambassador's remarks come on the heels of a heavily politicized report by the UK's Foreign and Commonwealth Office warning fans against coming to Russia for the World Cup over concerns of "hooligan violence," "attacks motivated by racism," "homophobia or anti-British sentiment and terrorist attacks." The UK media has also been particularly aggressive in warning black fans from attending the sporting celebration in recent weeks.

Beginning next week, Russia will host the month-long 2018 FIFA World Cup, with 12 stadiums across 11 Russian cities hosting competitions between 32 international teams. Nigeria will face off against Croatia, Iceland and Nigeria in Group D starting June 16.