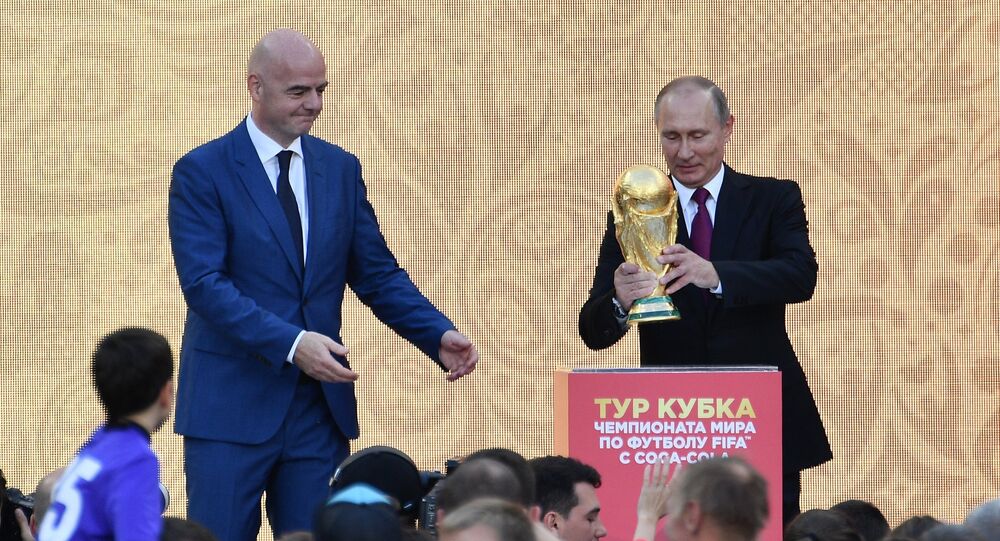 While a host of Danish politicians have argued in favor of Denmark boycotting the upcoming football World Cup in Russia “as a token of solidarity” with the UK, other Danish leaders were unimpressed.

While Danish footballers and their supporters hope to repeat their sensational winning performance at Euro 92 this summer in Russia, it may happen without the country's political leaders in the stands. According to Prime Minister Lars Løkke Rasmussen, Denmark cannot guarantee that its ministers and royals will be present, Danish Radio reported.

Previously, Denmark eagerly jumped on the UK bandwagon, joining the London-led series of expulsions of Russian diplomats. Lars Løkke Rasmussen of the ruling Liberal Party said there is "no doubt" that Russia is behind the chemical attack on Russian ex-spy Sergei Skripal and his daughter in Salisbury, despite the fact the Porton Down laboratory failed to link the alleged nerve agent to Russia.

"We have kept ourselves informed via the channels we have. There is no explanation other than that that Russia has a finger in the game. It is indisputable," Løkke Rasmussen said, stressing the necessity of harsh measures to "show Russia that such behavior it not tolerated."

Løkke Rasmussen's stance on Russia was welcomed by Liberals' foreign rapporteur Michael Aastrup Jensen, who argued that Danish politicians should "stay at home and watch TV." Other Danish parties also suggested that official Denmark should refrain from sending representatives to Russia. Conservatives' spokesman Naser Khader said politicians should not interfere with the national football team, but called for Copenhagen's officials and royals to stay at home.

By contrast, the right-wing Danish People's Party's foreign rapporteur Søren Espersen said he was "dead tired" of the "Putin debate." Such thinking, he sarcastically ventured, could lead to it only being possible to arrange the World Cup in Norway.

"I'm dead tired of having such discussions here every two to four years," Espersen told the daily newspaper Berlingske. According to him, the purpose of the official visit isn't "paying personal tribute to Putin," but "supporting the national team." "The decision to hold the World Cup in Russia was taken several years ago, and we cannot let the current political situation decide over matters such as World Cups or Olympic games," Espersen said, suggesting that the Crown Prince's attendance would be of great support for the team.

Socialist Democrats foreign rapporteur Nick Hækkerup emphasized that solidarity with the UK should weigh heaviest in the current debate, but expressed his reservations over drastic measures.

"If the British think there's more to be done then we're prepared to do more. However I personally think that a boycott through not sending Danish officials would be a bit of a flimsy solution," Hækkerup said.

The Danish Foreign Ministry stated that no decision has been formally made as of today.