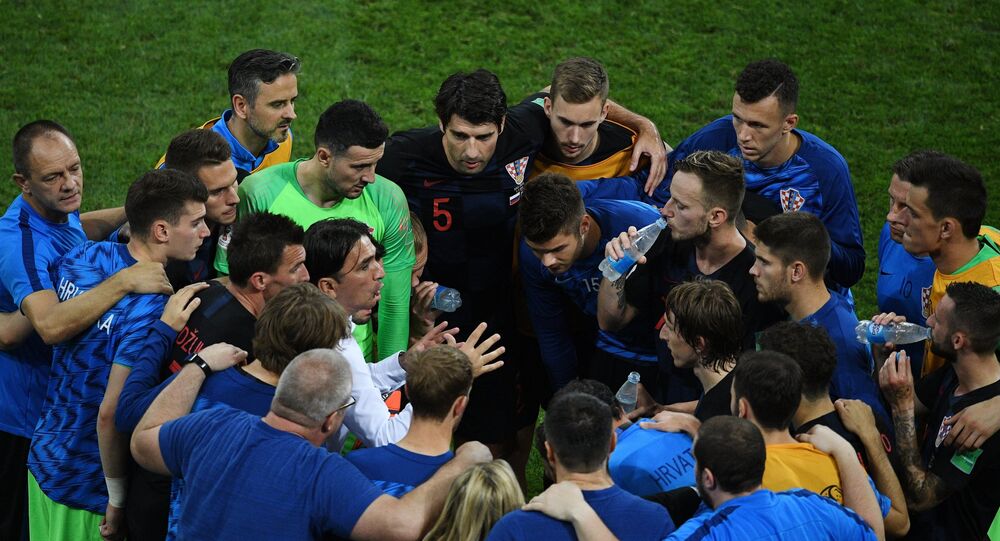 Croatia's national football team attracted a lot of attention after it defeated Russia in the quarterfinals and then England in the semifinals, with many fans of opposing teams noting several controversial aspects of Croatia's playstyle and behavior that could have seen them disqualified, but didn't.

The first major scandal erupted after a video surfaced on social media where Croatian defender Domagoj Vida was seen shouting "Glory to Ukraine!" after his team defeated Russia in a tough match. The slogan is generally considered to be anti-Russian, as it was widely used by Ukrainian nationalists during the 2014 coup. Vida later issued an apology, claiming that the video was a mistake on his part, assuring that he had no intention to offend anyone.

He received a warning from FIFA, but remained in play for the upcoming World Cup matches, helping his team contain the pressure from England in their semifinal game. Croatia's Assistant Coach Ognjen Vukojevic, who also participated in the controversial video by saying that the victory over Russia was devoted to Ukraine and the football team Dinamo Kiev, was sacked by the Croatian Football Union and given a $15,000 fine from FIFA.

England fans remain perplexed over the mess-up with yellow cards during the match between their team and Croatia, as the referee appeared to give Ante Rebic a warning twice — once in the 48th minute and again in extra time. But it turned out that the first time the referee gave Rebic the card, it was actually given to Croatian forward Mandzukic.

This was not the only time that England fans were dissatisfied with the referee's job — many wondered why the aggressive play of Croatian defender Dejan Lovren remained unpunished throughout the game or why the goal by Ivan Perisic that tied the game was not revoked due to a high foot, which some viewers allegedly saw.

Despite numerous accusations of unfair play and the scandal with Domagoj Vida, the Croatian national team has made it to the final game, where it will face France in the crucial match, after having defeated Denmark, Russia and England on its way after advancing from the group stage. The final match will take place in Moscow's Luzhniki Stadium on July 15 at 18:00.