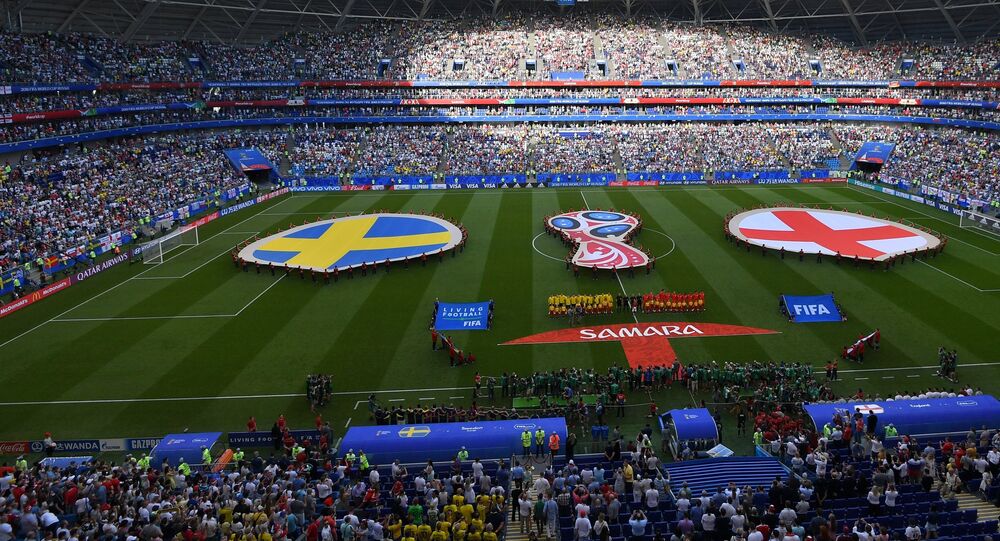 MOSCOW (Sputnik) - Kremlin spokesman Dmitry Peskov said Tuesday that he expected England to produce some "beautiful" football when the Three Lions take on Croatia in the World Cup semi-finals in Moscow on Wednesday.

"Of course, we are expecting some beautiful football from the English players. They know how it is done," Peskov told journalists.

England, who claimed its only World Cup title in 1966, will be playing in the last four for the first time since 1990, after it defeated Sweden 2-0 in the quarter-finals last Saturday. Belgium will face 1998 champions France in the other semi-final, which will be played in St. Petersburg later on Tuesday.

© Sputnik / Elena Rusko
VIDEO of Croatian Defender Shouting 'Belgrade, Burn' Emerges After 'Glory to Ukraine' Scandal
The Russian-UK relations significantly deteriorated in March over the poisoning of former Russian double agent Sergei Skripal and his daughter Yulia in the UK city of Salisbury. The United Kingdom accused Russia of being involved in the attack, while Moscow has refuted the allegations and repeatedly pointed to the lack of evidence provided by London.