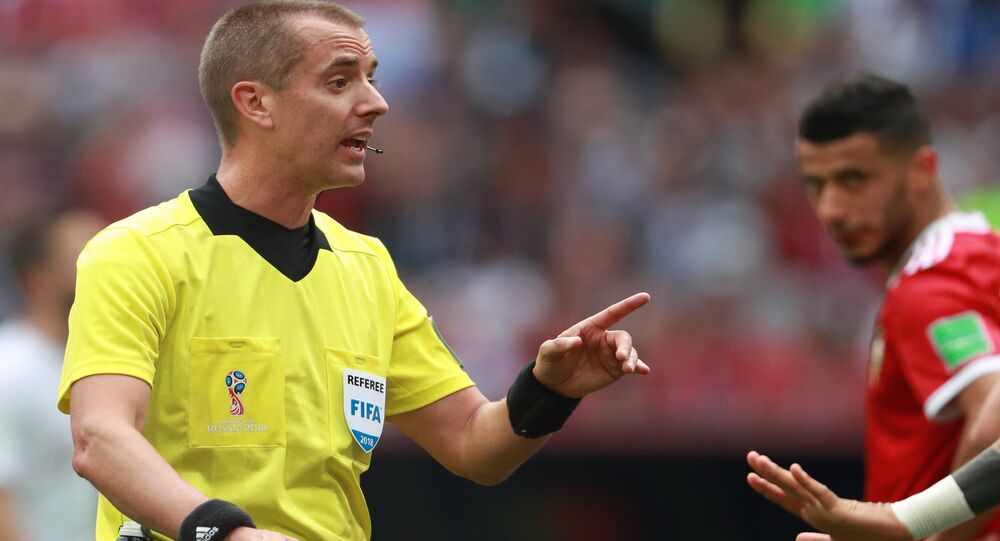 MOSCOW (Sputnik) - FIFA announced a list of 12 referees who could be appointed to take charge of the final four matches of the World Cup in Russia.

The list of referees, who represent the six continental confederations, includes:

© AP Photo / Etienne Laurent/ pool
King, Queen of Belgium, Macron to Attend World Cup Semi-Final Match
Uruguayan referee Cunha, who has officiated two group-stage games in Russia, has already been assigned to the France-Belgium game in St. Petersburg on Tuesday, while the referees for the other semi-final, the final and the third-place playoff games are yet to be announced.