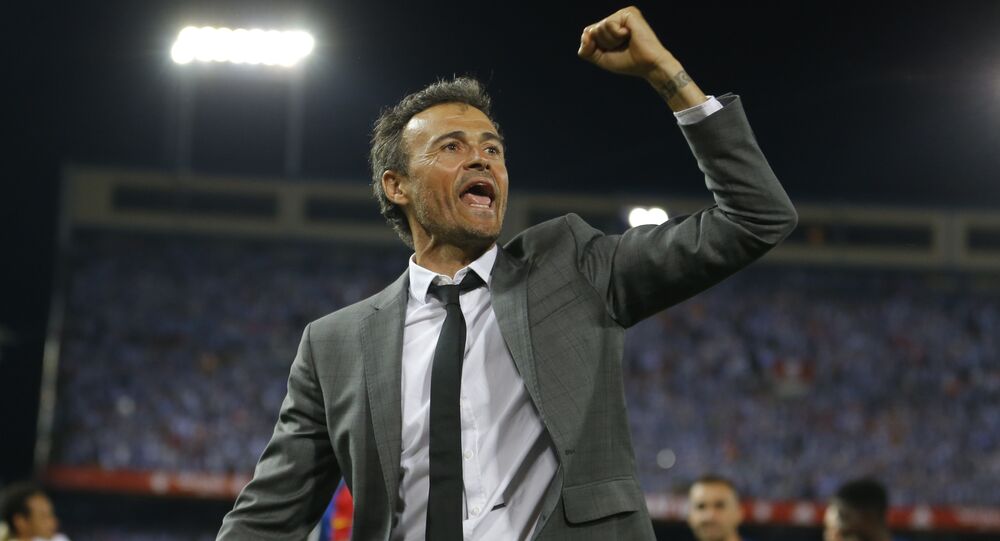 MOSCOW (Sputnik) - Former Barcelona head coach Luis Enrique has been named as the new head coach of the Spanish national team, the team announced via their official Twitter account on Monday.

Earlier the Spanish sports daily Marca reported that Royal Spanish Football Federation (RFEF) president Luis Rubiales would propose the former Barcelona coach and a player to the Board of Directors during a meeting on Monday.

The 48-year-old specialist signed a two-year deal with the Royal Spanish Football Federation to take over from interim boss Fernando Hierro.

Hierro managed the team during this summer's FIFA World Cup in Russia and resigned after his side's early elimination from the tournament as Spain won Group B but lost to Russia on penalties in the round of 16.

Former Spain head coach Julen Lopetegui was replaced by the team's sporting director Fernando Hierro just one day before the FIFA World Cup kicked off in Russia following his agreement to take charge of managerless Real Madrid after the tournament without notifying the RFEF that he was in talks with the club.

Over the next two years, Luis Enrique had little to do with the transfers incoming and outgoing. He was forced to use players like Arda, Andre Gomes, and Aleix Vidal because they had been good investments for the board, supposedly. pic.twitter.com/yFDCZN6ssu