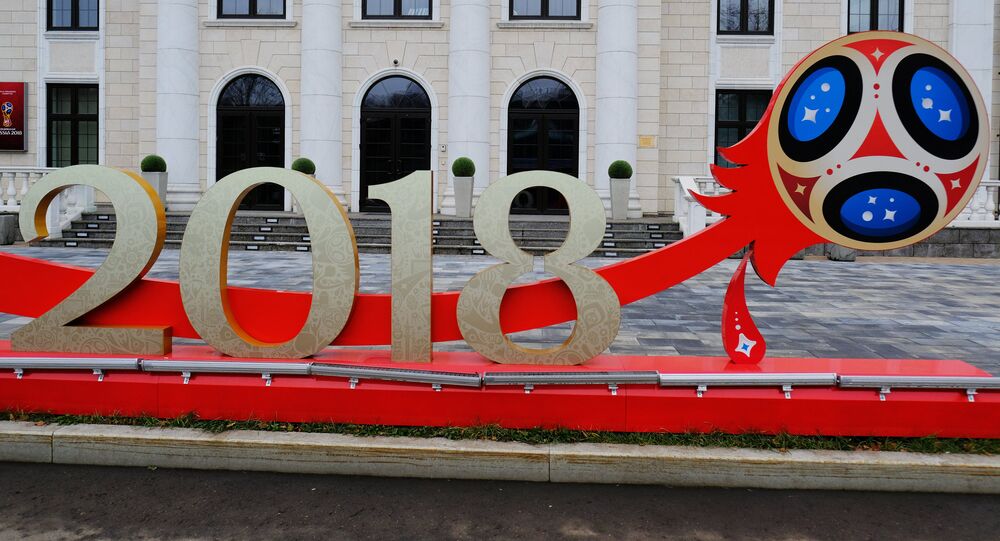 Up to 50,000 Egyptian Tourists Expected to Visit Russia During FIFA 2018 – Cairo

MOSCOW (Sputnik) - Up to 50,000 Egyptian tourists plan on visiting Russia during the 2018 FIFA World Cup, Adviser to the Egyptian Ministry of Tourism Amr Ezabi told Sputnik on Wednesday.

The 2018 FIFA World Cup is set to happen between June 14 and July 15, 2018 in Russia. The official draw put the Egyptian team in Group A, where it will play against Russia, Saudi Arabia, and Uruguay. The Russian and Egyptian teams are to meet on June 19 in St. Petersburg.

© Sputnik / Alexei Danichev
Russia Cracks Down on Hotel Price Gouging Ahead of 2018 FIFA
According to the adviser, resumption of direct flights between Moscow and Cairo will encourage more Egyptian football fans to visit Russia.

Flights between Russia and Egypt were suspended in October 2015 after a bombing attack on a Russian passenger plane over the Sinai Peninsula, resumption of flights between the two nations has been postponed several times. On Tuesday, a source at the Egyptian airline EgyptAir told Sputnik, that the company is planning to carry out its first direct flight from Cairo to Moscow on April 15.