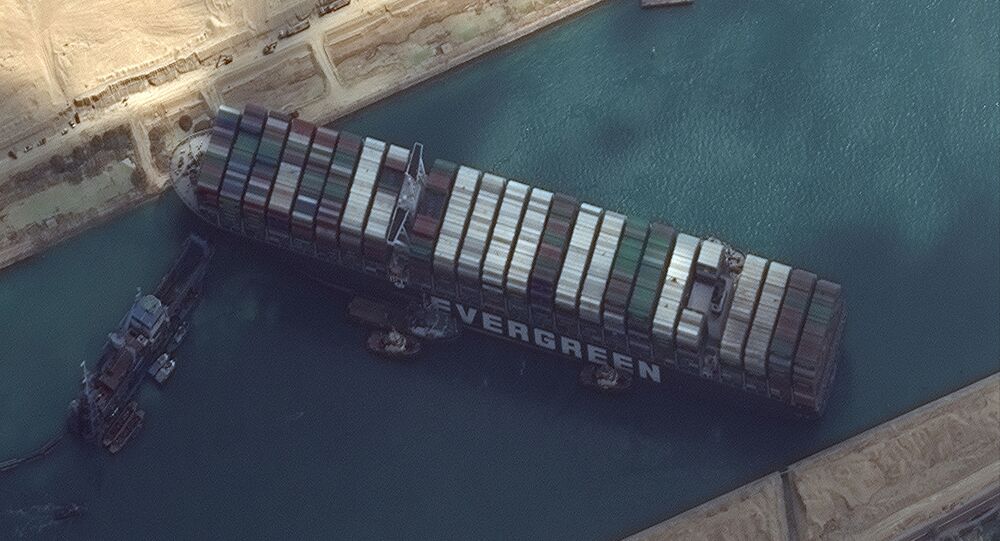 The Panama-flagged vessel was arrested by the authorities, as Egypt claimed it had lost $14 million in transit fees every day.

The unfortunate ship Ever Given that blocked the Suez Canal back in March will be released on Wednesday, after the tanker's owners and authorities reached a formal agreement. According to the canal authority, the saga will end on 7 July, when a special ceremony will be held to mark the signing of the deal and "the departure of the ship".

© REUTERS / MOHAMED ABD EL GHANY
A view shows the ship Ever Given, one of the world's largest container ships, after it was partially refloated, in Suez Canal, Egypt March 29, 2021.

The 1,300-foot container ship, operated by a Taiwanese firm, ran aground in the Suez Canal on 23 March due to a sandstorm, blocking the crucial waterway between Europe and Asia and causing a major rise in global trade expenses for almost a week. The crisis forced multiple cargo ships to travel via alternate roots, circumventing Africa.

After several attempts, Ever Given was refloated on 29 March and towed to the Great Bitter Lake. It was arrested by the authorities, who demanded that the owner pay around $900 million in compensation. The sum was later lowered to $550 million.