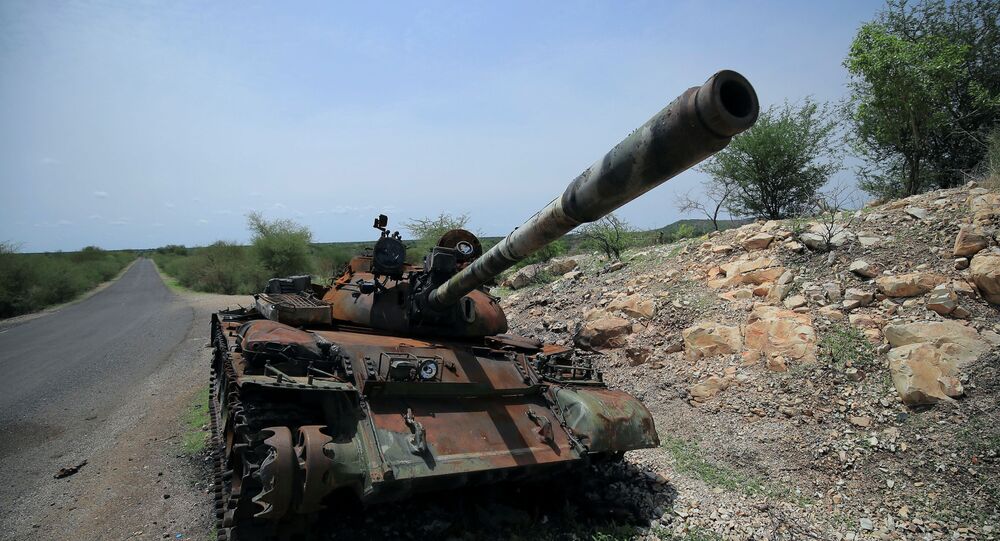 US State Dept. Warns Americans in Tigray to Shelter in Place Amid Unrest

WASHINGTON, July 2 (Sputnik) - The US State Department issued an alert on Friday urging Americans in the Tigray region to shelter in place amid the current unrest following clashes between the Ethiopian government and local rebel forces.

On Monday, the Ethiopian government declared an unconditional ceasefire in the province following the recapture of the regional capital of Mekelle by rebel forces that prompted government forces to retreat. However, the government's military has threatened to send troops back into Tigray, highlighting the fragility of any current calm in the region.

Clashes in the province of Tigray erupted in November after the Ethiopian government accused the local ruling party — the Tigray People's Liberation Front — of ambushing a regional army post to hijack weapons and arm the anti-government militia. The Tigray region has been occupied by the Ethiopian military since, leading to fighting with the rebels.

An estimated two million of Tigray's six million people are reported to have fled their homes and an estimated 900,000 people are likely experiencing famine conditions. In addition, about 33,000 severely malnourished children are projected to face imminent risk of death if more aid is not forthcoming to the people of Tigray.