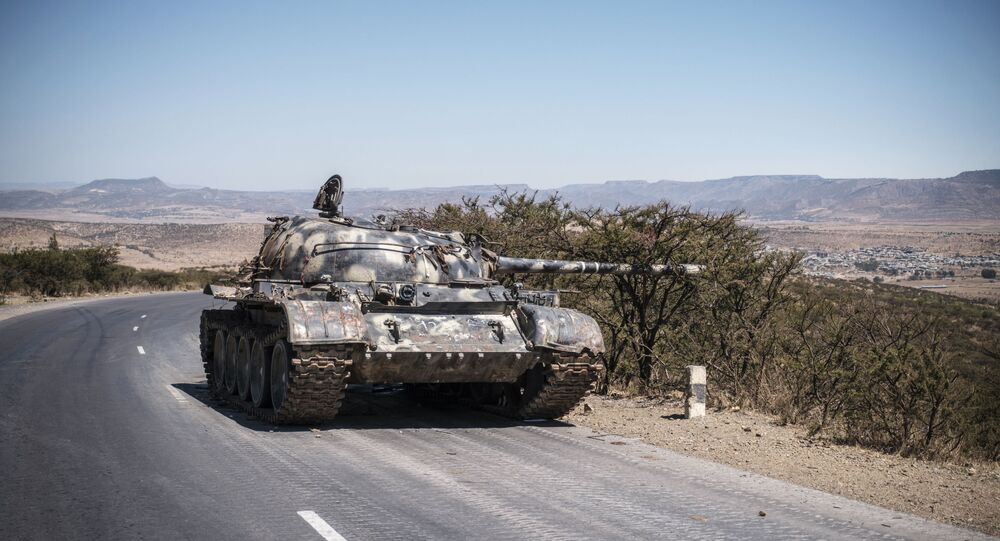 MOSCOW (Sputnik) - Rebels in Ethiopia's northern province of Tigray repelled state forces and took control over a regional administrative center in the city of Mekelle, the New York Times reported on Monday, citing correspondents at the scene.

According to earlier reports, as Tigrayan fighters launched a counterattack, all officials of the Tigray interim administration fled Mekelle.

The New York Times said that thousands of people have taken to the streets to celebrate the advance of the Tigrayan rebels, known as the Tigray Defense Forces. Ethiopian soldiers were seen leaving Mekelle in vehicles.

In November 2020, Ethiopian authorities accused the opposition Tigray People's Liberation Front (TPLF) of attacking a military base and subsequently mobilized troops, claiming that TPLF "armed and organized irregular militia units." The Tigray region has been occupied by the Ethiopian military since that time.

Toward the end of 2020, Tigray leader Debretsion Gebremichael announced that Eritrea had sent troops across the border in support of Ethiopian government forces.

Over eight months of civil war, the Ethiopian government has been accused of human rights violations against the Tigrayan people.

On June 23, an Ethiopian airstrike on a village market killed over 50 and wounded another 100 in Tigray.

Over 50 People Killed, More Than 100 Injured in Airstrike in Ethiopia's Tigray, Reports Say

The Economy and China at the G7; The Conflict in Tigray; NATO Summit