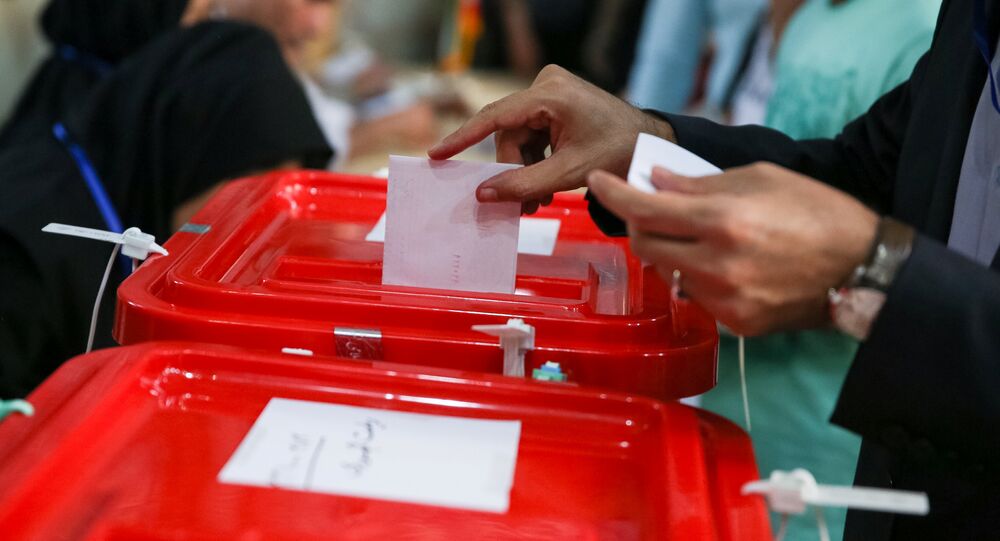 Earlier in the day, the Islamic Republic announced that head justice Ebrahim Raisi is set to win the nation's presidential election in the first round, gaining well over half of the vote.

The Iranian Foreign Ministry announced on Saturday that Britain's envoy to the country had been summoned amid certain difficulties created for those Iranians who voted in the United Kingdom.

According to the Islamic Republic, there was an attempt to disrupt the vote in the UK, as several Iranian citizens faced insults and physical attacks at polling stations across the country.

President Hassan Rouhani previously congratulated Raisi as the winner of the vote, while Iranian Supreme Leader Ali Khamenei praised the election as a victory over "enemy propaganda".

Raisi, who was Rouhani's opponent during the previous election in 2017, received more than 17.8 million votes out of the 28.6 million that have been counted by this moment, the Interior Ministry announced.