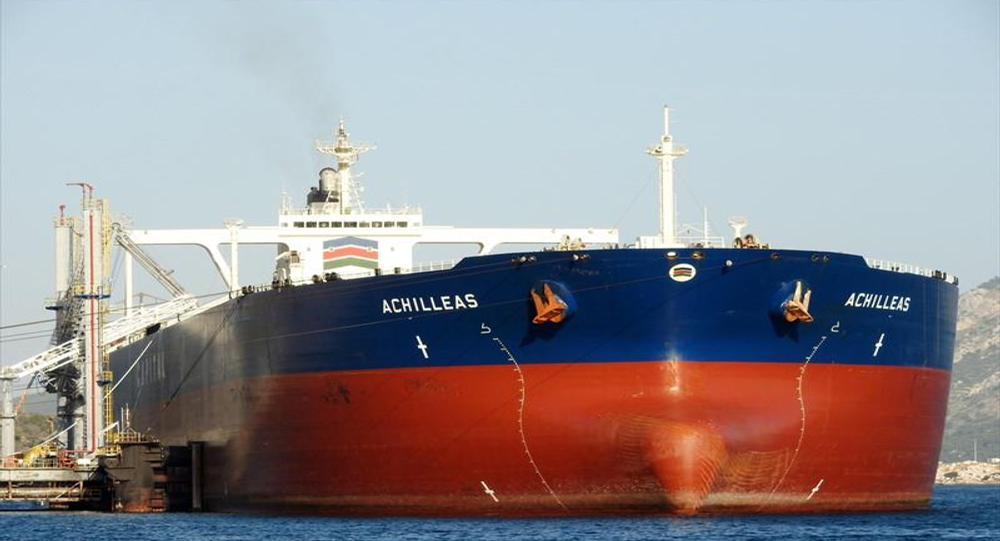 Iran's oil industry has been hit with various trade restrictions following the 1979 Islamic Revolution. The 2015 nuclear deal relieved the state from most US sanctions, however, the Trump administration unilaterally withdrew from the agreement, forcing the country into clandestine trade.

Over one million barrels of Iranian crude oil were “imported” into America in March, newly-released data from the US Energy Information Administration (EIA) show. The records have surprised traders, especially given a series of American sanctions restricting trade with the Islamic Republic.

According to court documents cited by AP, the unusual shipment could be linked to Iranian cargo seized by the US from the MT Achilleas tanker off the coast of the United Arab Emirates in late February.

Iran’s Revolutionary Guard, which Washington has designated a terrorist organisation since Donald Trump’s presidency, reportedly used the Liberian-flagged tanker in a bid to sell the oil to China while labelling it as “Basra light crude” from Iraq.

The American authorities confiscated the cargo from the ship citing anti-terrorist laws before sailing it to Texas and selling just over two million barrels of the oil onboard for $110 million (around $55 a barrel), according to the cited docs.

For now, the money from the transaction will be held “in escrow," AP noted.

Iranian Foreign Ministry Spokesman Saeed Khatibzadeh said on Monday that he had “no details” about the case, but added that “since the time of the former U.S. president, Mr. Bill Clinton, no oil has been purchased from Iran because of their laws.”

The EIA could not be reached for comment during Memorial Day weekend in the United States.

According to EIA records, this marked the second shipment of Iranian oil since 1991, with the previous shipment registered in October 2020 – potentially following a similar tanker seizure.

Iran remains subject to US sanctions and trade embargos that were re-imposed on the state following America’s unilateral pullout from the 2015 Iran nuclear deal, over accusations that Tehran was violating the agreement with its nuclear programme. The Republic maintains that all of its nuclear endeavours remain peaceful and is pushing the US to return to the deal and for sanctions to be lifted.