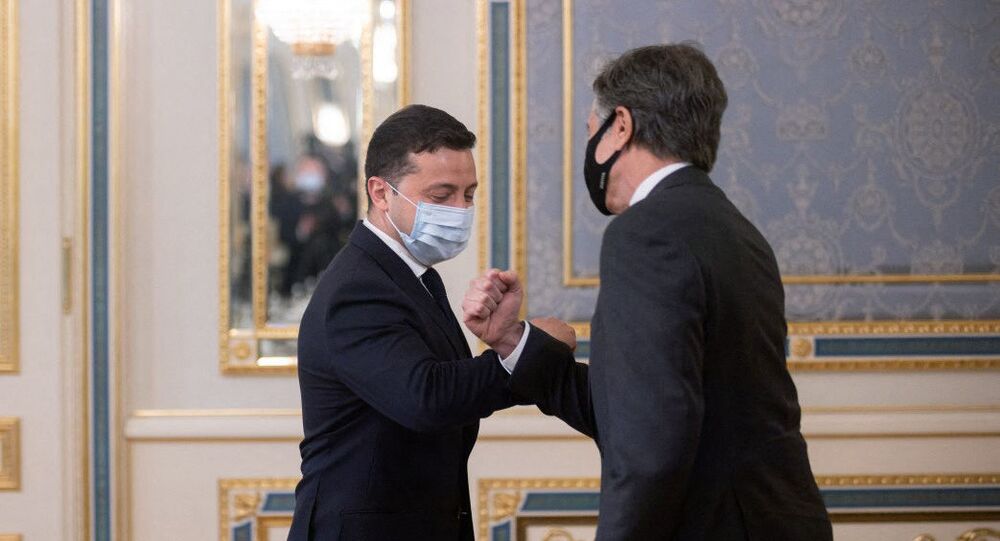 Blinken Says US Will Continue to Provide Defence Support to Ukraine

MOSCOW (Sputnik) - The United States will continue providing Ukraine with support aimed at strengthening its security and defence, US Secretary of State Antony Blinken said on Thursday.

"We discussed in some detail the support that we are providing and will continue to provide to Ukraine to continue to strengthen its security, its defence. And it is something we are working on very, very actively," Blinken said at a press conference following talks with Ukrainian President Volodymyr Zelensky in Kiev.

According to the US diplomat, other "strong supporters of Ukraine" are doing the same.

The United States believes that Russia still has a capacity to take aggressive action on the Ukrainian border if it chooses to do so, Blinken also said.

"Russia has pulled back some forces, but significant forces remain at Ukraine's border. It has pulled back some equipment, but significant equipment remains near Ukraine's border. And so, Russia has the capacity — on fairly short notice — to take aggressive action if it so chooses. And so, we are watching this very, very carefully," Blinken said at a meeting with Zelensky.

Zelensky said the conflict in the breakaway eastern region of Donbass and the Russia-led Nord Stream 2 gas project were among the topics he discussed at the meeting with Blinken.

Zelensky mentioned discussing with Blinken a possible meeting with Joe Biden, as well as inviting the US president to visit Ukraine.

"I have invited the US president to come to Ukraine on an official visit this year which marks the 30th anniversary of our independence. I do not know in what kind of format this meeting [with Biden] may take place; this is up to both countries," Zelensky said during a briefing after a meeting with Blinken earlier in the day.

The US foreign secretary assured that Biden would visit Ukraine as soon as the opportunity presents itself.