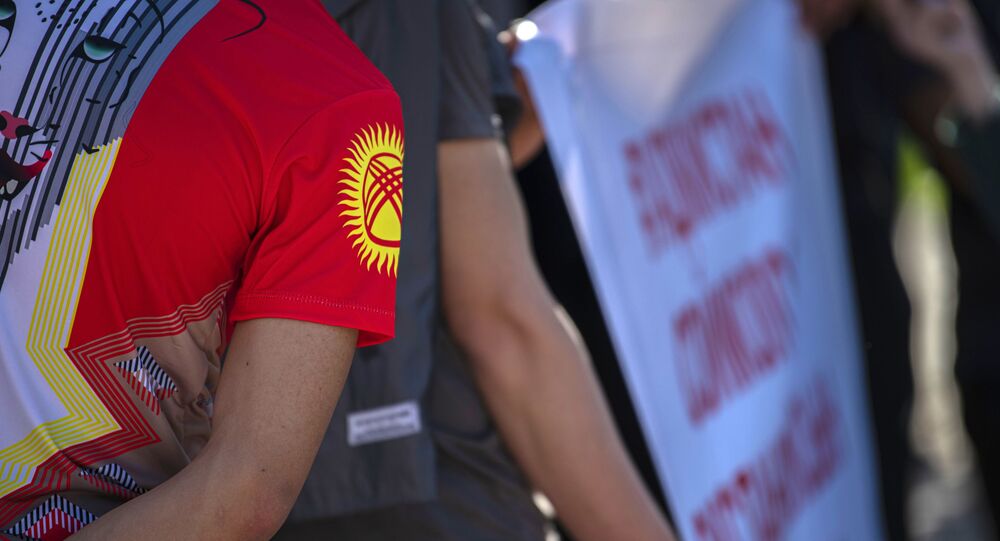 On Wednesday, Kyrgyz and Tajik border services clashed on the Batken section of the border after the Tajik side attempted to mount CCTV cameras on the power line poles. The Kyrgyz side tried to hack the pole down, and the troops started fighting.

The recent escalation of tensions on the border between Kyrgyzstan and Tajikistan has left 13 Kyrgyz citizens killed, and 121 more injured, the Kyrgyz Ministry of Health said on Friday.

According to the statement, 25 injured people were taken from Batken to Bishkek by a special plane and hospitalized at the Bishkek Research Center of Traumatology and Orthopedics, the National Hospital and the National Surgical Center. The condition of two victims is assessed as critical, the rest as moderate and relatively satisfactory.

The conflict, which began with the throwing of stones from both sides, escalated on the night of April 29. Shooting began, three citizens of Tajikistan were killed, the total number of injured exceeded 100 people.

By the evening, the countries agreed on a ceasefire on the border and the withdrawal of forces to the places of their former deployment.

"In the area of ​​the incident, the firefight has been stopped. Units and formations of the border service of the State Committee for National Security of the Kyrgyz Republic, deployed in the Batken region, together with local authorities, units of security and law enforcement agencies are taking all necessary measures to prevent further escalation of the situation," the Kyrgyz State Border Service said in a statement earlier in the day.

Moreover, according to the republic's foreign ministry, Kyrgyzstan and Tajikistan have agreed to organize joint groups to patrol the border.

The section of the Kyrgyz-Tajik state border has periodically become a conflict zone between the local populations or border guards of the two countries. The main reason is the undivided sections where it is impossible to determine where the border between the states lies.

The length of the border between Tajikistan and Kyrgyzstan is about 980 km. After the collapse of the Soviet Union in 1991, dozens of disputed sections still remain. To date, in the process of border delimitation and demarcation, about 580 km have so far been demarcated.