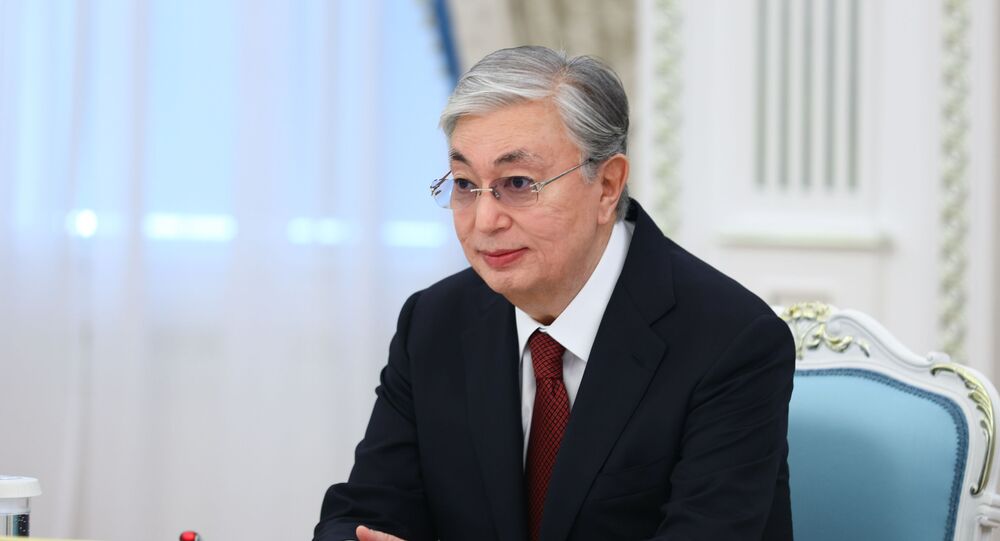 MOSCOW (Sputnik) - Kazakh President Kassym-Jomart Tokayev voiced concern over the conflict between Kyrgyzstan and Tajikistan and expressed his readiness to make efforts to restore confidence between the parties.

"I received with deep concern the information about the armed clash on the state border between Kyrgyzstan and Tajikistan. The Kyrgyz and Tajik peoples are fraternal for us. We are united by a common history and cultural values," Tokayev said in a statement.

He welcomed the agreement reached to end the armed conflict and start negotiations between the plenipotentiary representatives of both states.

"I am confident that the leaders of Kyrgyzstan and Tajikistan, with due wisdom, will be able to settle all disputed issues exclusively through peaceful means. For my part, I am ready to make efforts to find mutually acceptable solutions and restore mutual trust," he stressed.

As a result of the Thursday skirmish, one citizen of Kyrgyzstan died and 16 more were injured at the border with Tajikistan, according to the Kyrgyz Health Ministry.

Attempts have been made to resolve the border dispute between the Kyrgyz Republic and Tajikistan many times. Recently, there have been a number of border conflicts. The countries announced that they had finally reached an agreement at the end of March.