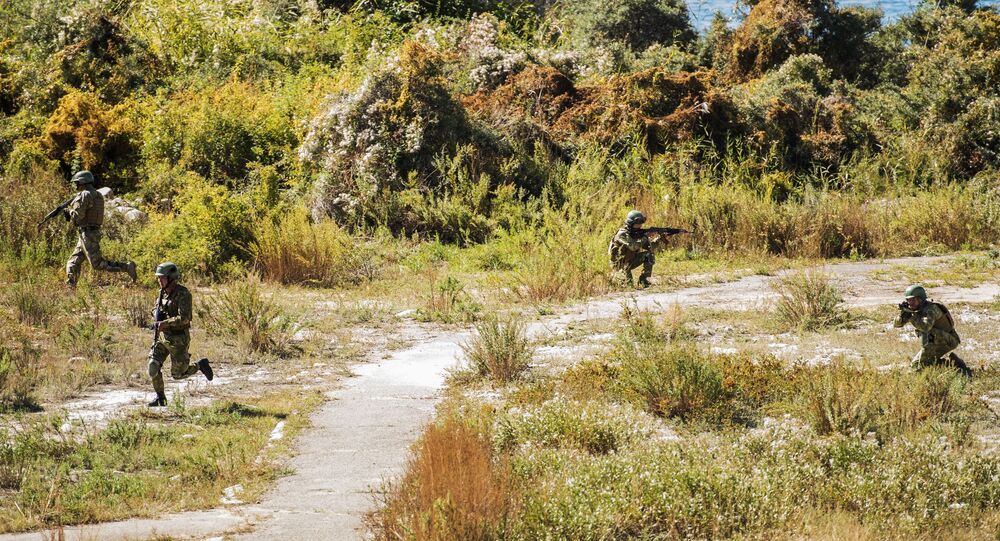 BISHKEK, (Sputnik) - One citizen of Kyrgyzstan died and 16 more were injured following a shootout at the country’s border with Tajikistan on Thursday, the Kyrgyz Health Ministry told Sputnik.

A video of the shootout emerged on Tajik social media.

Kyrgyz President Sadyr Japarov on 29 April chaired a meeting of the Security Council over a shootout at the country’s border with Tajikistan, the president’s press office told Sputnik.

"Kyrgyz President Sadyr Japarov held a meeting of the Security Council of Kyrgyzstan in limited format," a spokesperson of the office said.

During the meeting, measures to decrease tensions on the Kyrgyz-Tajik border, "preserve the territorial integrity of the country, ensure the safety of residents of border areas" were discussed.

"President Sadyr Japarov noted that all involved state bodies must take the necessary measures to peacefully resolve the current situation," the spokesperson said.

President Sadyr Japarov also called on citizens on Thursday to remain calm and not to fall for provocations amid tensions on the border with Tajikistan.

"I call on all the Kyrgyz residents, first of all political forces and mass media, to remain calm, not to fall for provocations and not to sow hatred and discord," Japarov wrote on Facebook.

Japarov called on all the Kyrgyz political forces to exercise restraint "in this difficult period."

"We will always find common ground with our Tajik brothers and settle all issues, taking into consideration the good neighborly interests and harmony in our ancient land," Japarov continued.

Tajikistan, for its part, didn't send additional forces to the site of the shootout at the border with Kyrgyzstan, a source from the Tajik Defence Ministry told Sputnik.

"Tajikistan is not pulling additional forces to the border with Kyrgyzstan, where there is a conflict in the Chorku enclave since Wednesday, which turned into an armed conflict on Thursday," the source said.

According to the source, there are no reasons for the deployment of extra forces at the border.

"Tajikistan has enough forces and means in military units in the north of the country, and there is no need to pull additional forces now," the source said, adding that Dushanbe has always supported the peaceful settlement of border conflicts.

The Kyrgyz Republic and Tajikistan have tried to resolve the border issue several times. There have been a number of conflicts at the border recently. At the end of March, the countries said they had finally reached an agreement. However, it was revealed later that Bishkek and Dushanbe had yet to resolve the status of the Vorukh enclave.

More than 30,000 people live in Vorukh, and the vast majority of them are Tajiks. However, its borders have seeped about 20km into Kyrgyzstan