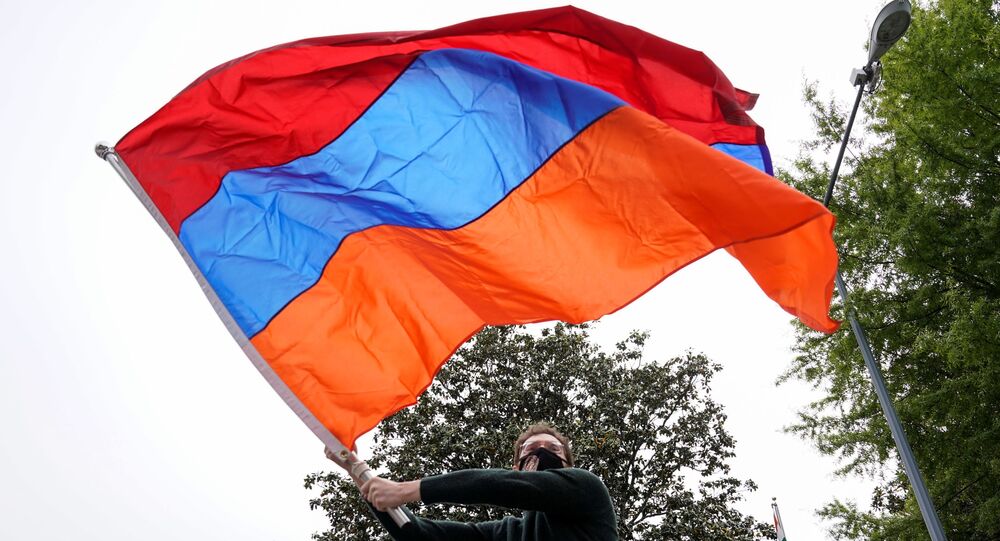 AMSTERDAM (Sputnik) - The lawsuits against Turkey suspended earlier in US courts are expected to be resumed after President Joe Biden recognised the Armenian genocide by the Ottoman Empire, Inge Drost, Secretary of the Federation of Armenian Organisations in the Netherlands (FAON), said.

"Until now, US courts have refused to accept the complaints of Armenians, indicating that the American administration does not recognise the fact of the genocide. Now the situation has changed, and we expect the resumption of these lawsuits in the US," the Armenian activist said.

According to her, the recognition of the Armenian genocide opens up new prospects for the establishment of historical justice, including regarding compensation.

"We hope it will have a positive impact on Turkey's attitude towards Armenia and Armenians... As a result, in the future it will become possible to normalize relations between the two countries," she said.

She also said Turkey was annoyed as it understood the importance of the genocide recognition by the US.

"On the other hand, Turkey cannot worsen relations with Washington due to its economic and military dependence on the United States and Europe," the activist added.

© REUTERS / BERNADETT SZABO
Erdogan Urges Biden to Reverse Armenian Genocide Recognition, Warns of 'Destructive Impact' on Ties
Touching upon the situation with the recognition of the Armenian genocide in the Netherlands, she said the country's parliament had repeatedly urged the government to formalize the initiative. After the last resolution in February, the outgoing cabinet said the decision should be made by the new government, formed following the March elections.

"The government of the Netherlands, avoiding this topic, may have been guided by military and economic interests, but now it can change its position and follow the US president on this issue," the spokeswoman for the Armenian organisation, headquartered in The Hague, said.

According to her, the Armenian diaspora in the Netherlands numbers more than 30,000 people.

US President Joe Biden on Saturday officially recognised the massacres of 1.5 million Armenians organised and committed in the early 20th century in the Ottoman Empire as genocide. In response, Turkish President Recep Tayyip Erdogan said he was disappointed with those "unfair words" and warnet the US that Biden's statement will have a "destructive impact" on the bilateral ties.