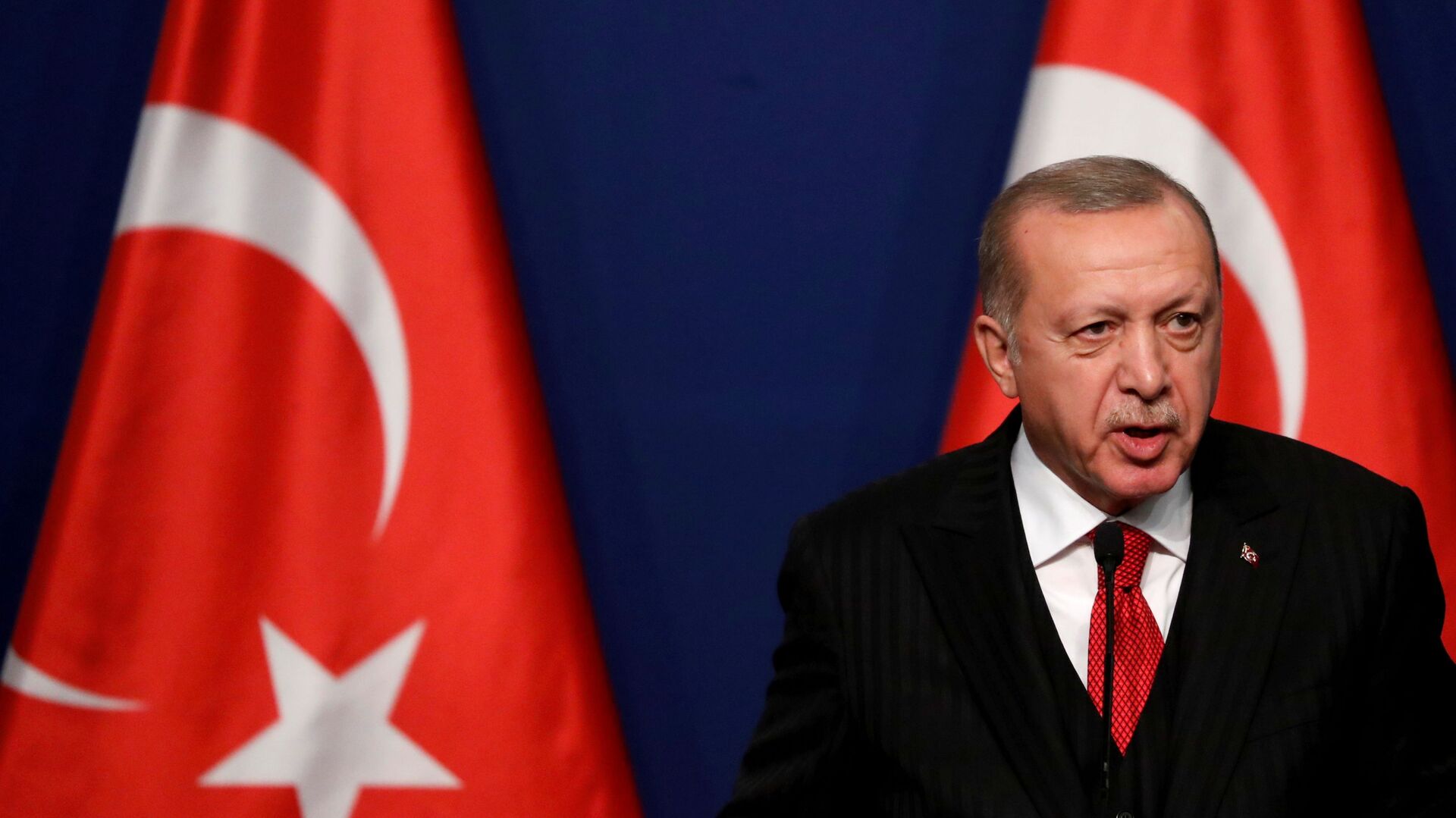 Tim Korso
All materials
Turkey has historically rejected the use of the term genocide to describe the events that unfolded in the Ottoman Empire in the early 20th century, insisting that its government never intended to deliberately kill the Armenian people, but was simply responding to their rebellion.

Turkish President Recep Tayyip Erdogan has stated that Ankara is "disappointed" by the decision of US President Joe Biden to recognise the killings of 1.5 million Armenians as a genocide, and urged Washington to backtrack on the decision. Erdogan warned the US that the recent statements by its president will have a "destructive impact", serving no purpose other than hindering bilateral ties.

The president cautioned the US against politicising the historical events, stressing that historians, and not politicians, should determine how to label them. He further alleged that the "radical initiatives of Armenian and anti-Turkish circles" are behind Biden's decision to recognise the genocide.

"US President Biden made statements earlier. These are groundless claims that contradict history", Erdogan said.

Erdogan said that Turkey's offer to open up its archives to allow a joint group of historians to study the century-old events is still on the table. He further wondered what data the US is relying on for its recognition of the genocide, requesting that Washington make it available to Turkey.

"Armenian gangs did not fight the regular military but were killing innocent people [in the Ottoman Empire]", according to Erdogan's version of the events, which began in 1915 at the height of the First World War.

The Turkish president further commented on Biden's 24 April statement by advising the US to "look at itself in the mirror". Erdogan argued that the issue of genocide could be raised in regards to many actions by the Americans – from their treatment of the Native Americans, to the US wars in Vietnam and Iraq.

Following Biden's declaration, in which he symbolically recognised the killings of Armenians in the Ottoman Empire as a genocide, protests against the move erupted across Turkey. Representatives of the country’s Vatan Party and the Turkish Youth Union (TGB) held a demonstration in front of the American consulate in Istanbul, demanding the expulsion of US troops from military bases in Turkey.

Erdogan has not elaborated on precisely what "destructive impact" Biden's recognition of the genocide will have on bilateral ties. He only noted that he hopes to "open a new door" in relations after discussing all the disagreements with POTUS in June.

The protesters are calling for the transfer of control over the Incirlik base back to Turkey’s Armed Forces and the dissolution of the pro-Kurdish HPD party.

However, Ankara was earlier mulling the option to suspend the Defence and Economic Cooperation Agreement with Washington, which allows the two countries to cooperate in the fields of intelligence sharing, military drills, as well as grants the US access to Turkish military bases, Bloomberg reported, citing an anonymous Turkish official. Washington has used the Turkish bases to carry out operations in Iraq and Syria and reportedly to store tactical nuclear weapons. Erdogan has in past conflicts with Washington threatened to take similar steps, but has not resorted to them.