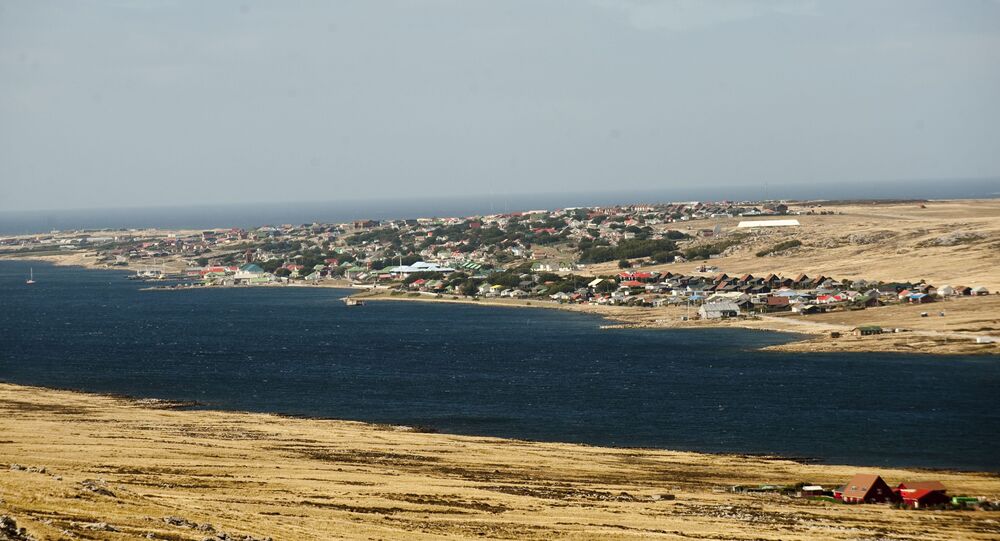 The UK Foreign Office last week informed Argentina it intended to carry out military tests, including the upcoming launch of Rapier missiles, in the Falkland Islands, which Buenos Aires and London have long maintained a sovereignty dispute over.

The government of Argentina has condemned Britain’s upcoming military manoeuvres and launching of missiles in the Malvinas/Falklands Islands – a territory that Buenos Aires and London have been in dispute over since the 19th century.

The UK Foreign Office last week informed Argentina of its plans to carry out military drills, including Rapier missile tests, on a yet-to-be-specified date in the archipelago in the South Atlantic Ocean.

OOTD@Cosford The Tracked Rapier is a mobile air defence system, armed with anti-aircraft Rapier missiles. It was originally developed for Iran but not delivered due to its Revolution. Mounted on a M548 vehicle, it was more mobile and quicker in use than the towed Rapier systems. pic.twitter.com/XDpzywrDAR

​After receiving news of the proposed military tests, “the Argentine government sent the UK government a stern note of protest,” according to Buenos Aires Times.

The government led by President Alberto Fernandez threatened to report the issue to the United Nations and the International Maritime Organisation.

A warning was also issued through the Argentine Hydrographic Service, which is a branch of the Ministry of Defence.

"The alleged defensive condition of the British military base in the South Atlantic is not only totally unjustified, but also represents a threat to the entire region," said Argentina’s letter of reply to the UK.

“Argentina rejects in the strongest terms the carrying out of military manoeuvres, and the launching of missiles in particular, in Argentine territory illegitimately occupied by the United Kingdom."

The statement slammed the proposed tests as an “unjustified show of force and a deliberate departure from the appeals" for Argentina and the UK to recommence negotiations to find a peaceful solution to the dispute over the sovereignty of the islands.

Argentina claimed the upcoming tests would be in contravention of a United Nations resolution urging both parties to refrain from adopting "unilateral decisions that involve the introduction of modifications in the situation while the islands are going through the negotiation process”.

Furthermore, the UK’s military presence in the region ostensibly contradicted another UN resolution, urging the two sides “to honour the South Atlantic region as a zone of peace and cooperation”.

Since the 19th century, Argentina and the UK have been locked in a jurisdiction dispute over the Malvinas/Falklands Islands.

Under then-President Leopoldo Galtieri and Prime Minister Margaret Thatcher, a full-blown conflict erupted between the two states in 1982, resulting in the death of 649 Argentine and 255 British soldiers.

The island is located just off the coast of Argentina; a majority of those who inhabit it are British citizens.

In 2013, the islands held a referendum on the issue. In a near-unanimous verdict, Falkland islanders voted for the continuation of their status as an Overseas Territory of the United Kingdom.

Here are the Falkland Islands...or the Islas Malvinas. They are about 300 miles east of Argentina...and about 8k miles from Britain. Why this trivia, you ask? Maybe it’s a clue...#War #Colony #Imperialism #Nationalism #Junta #Argentina #UK pic.twitter.com/Kzljvpz4sK

​The election of President Alberto Fernandez in 2019 has seen Buenos Aires step up its sovereignty claim, with the President raising the issue during his address to the United Nations General Assembly in 2020.

In a recent incident that heated tensions, a British military plane was allowed to re-fuel in Montevideo during a technical stopover when returning from the disputed territory earlier in April.

The Argentine government responded swiftly by filing a complaint with Uruguay, according to a source from the Argentine Foreign Ministry cited by AFP.

Daniel Filmus, Secretary of Affairs pertaining to the Malvinas (Falkland Islands), was cited by Express as saying:

“We will continue working so that the Argentine flag flies again throughout the national territory. Malvinas are Argentine.”

In response to the current escalation of tension over the territorial spat, Andrew Rosindell. chairman of the All-Party Parliamentary Group on the British Overseas Territories and the MP for Romford in Essex, told the outlet:

"In 2013, the Falkland Islands emphatically told the Argentinian government that they are proud to be British and intend to remain British. On a turnout of 92 percent, just three people voted against remaining as an Overseas Territory of the United Kingdom. It is unbelievably boring to have to continuously remind the Argentinian government of this basic, democratic right to self-determination."

Not so Special Relationship: UK Spies Kept Secrets From US During 1982 Falklands War Amid Leak Fears