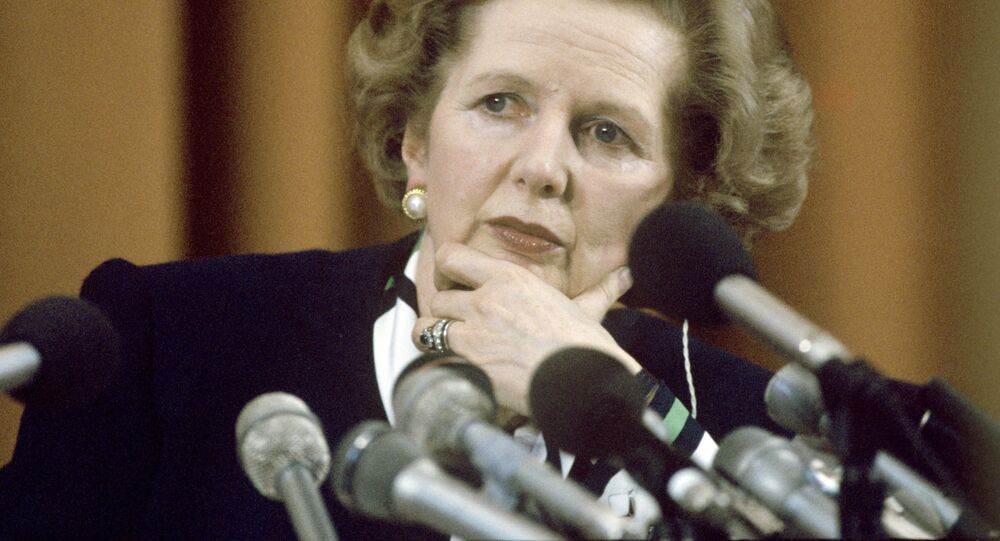 Margaret Thatcher Slammed Plans for Euro as 'Rush of Blood to the Head', Reports Say

It was Margaret Thatcher's scepticism over the UK's increasing ties with Europe that added significantly to her stepping down as the country's PM in late November 1990.

Former British Prime Minister Margaret Thatcher minced no words when expressing her frustration about Brussels' plans for a single European currency, documents released from the Irish government archives have revealed.

"In talking of a single currency, Delors must have had a rush of blood to the head. We are not going to have a single currency", the Dublin notes dating back to 1990 recorded Thatcher as saying at the time.

She was referring to then-European Commission President Jacques Delors, who is thought to have played an important role in designing the euro and creating the EU's single market.

According to the archives, Thatcher accused the European court of giving more powers to the European Commission, and describing Delors as a "mere appointee".

"The days of appointed commissioners must be numbered. We must give power to the council of ministers. I am not handing over authority to a non-elected bureaucracy […]. I am getting completely fed up with the European community trying to tie us up with bureaucratic regulations", she noted.

The archives also revealed that Thatcher lambasted a central bank of then-12 EU member states over its efforts to rein in inflation, a task that she claimed could be resolved by the bank allying with the deutschmark.

"They would think of economic growth and jobs and inflation as equal objectives and mix them all up. All we want is an effective gold standard and the deutschmark provides us with that", the ex-prime minister argued.

© CC0
COVID-19 Plunges Eurozone Into Crisis With European Currency on Verge of Exploding
It was Margaret Thatcher's hardline stance on UK-EU collaboration that played a key role in her standing down in late November 1990 after 11 years in office.