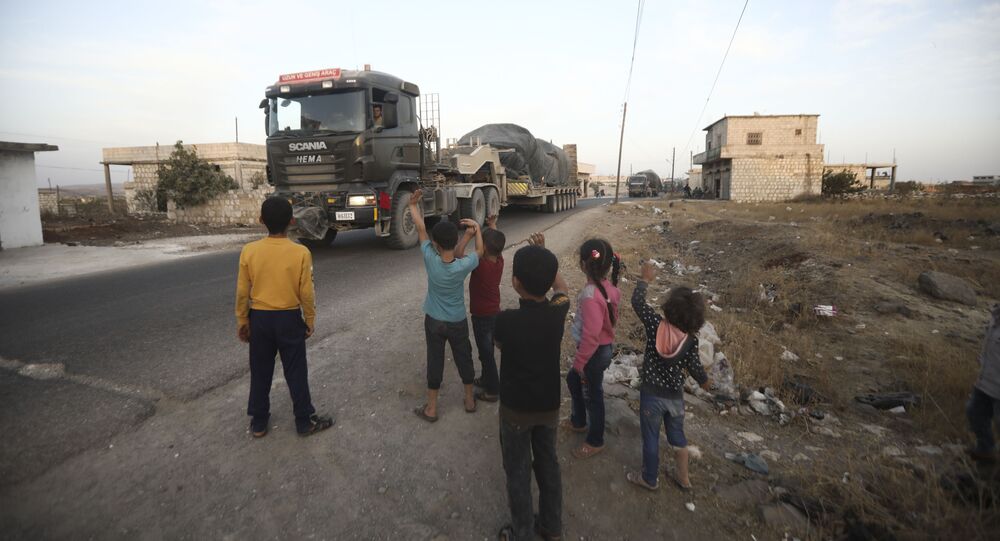 WASHINGTON (Sputnik) - The New York-based International Rescue Committee has agreed to pay the US government $6.9 million in fines after an investigation revealed that its staff engaged corrupt practices while distributing humanitarian aid for Syria, the Department of Justice announced on Friday.

"The Justice Department announced today that the International Rescue Committee (IRC) has agreed to pay $6.9 million to settle allegations under the False Claims Act related to United States Agency for International Development (USAID)-funded programming for beneficiaries affected by the conflict in Syria," the release said.

The Justice Department explained that in the early years of the Syrian conflict, IRC received USAID funding for humanitarian assistance programs, particularly for emergency cross-border humanitarian aid to internally displaced people within Syria.

"USAID’s OIG conducted investigations in Turkey into allegations that IRC staff participated in a collusion and kickback scheme with a Turkish supply ring, which included bid-rigging activities in the selection of goods and services contracts for cross-border humanitarian relief into Syria," the release said. "USAID OIG and the USAO-DC Civil Division also investigated allegations that IRC staff received kickbacks, steered bid procurement tenders, and allowed conflicts of interest between staff and suspect vendors."

The investigation discovered that conduct by IRC personnel resulted in the procurement of goods at very high prices, which were invoiced to USAID from October 2012 to December 2015, the release said.

"The USAO-DC Civil Division and USAID OIG thoroughly examined all source documents including contracts, proposals, contract terms, and invoices, in the lead-up to IRC’s agreement to pay the United States $6,934,500 to settle the False Claims Act allegations," the release added.