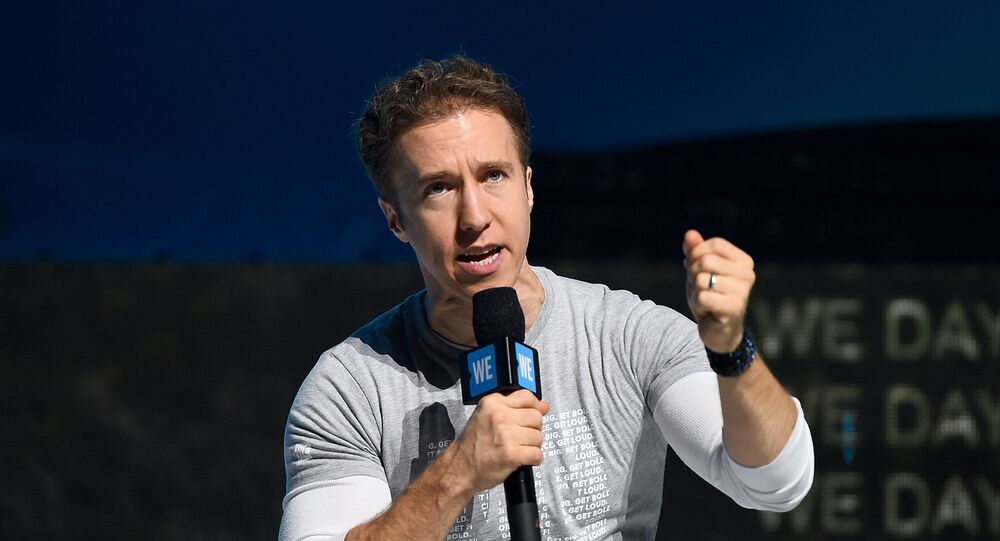 On Monday, Craig and Marc Kielburger, whose WE Charity is at the heart of the scandal that has plagued the government of Canadian Prime Minister Justin Trudeau, found themselves on the hot seat before a parliamentary committee to answer questions about alleged financial improprieties in securing a $670-million sole-source contract to administer a government-sponsored student volunteer program.

In correspondence over business media platform LinkedIn produced by Poilievre, Craig Kielburger thanked Trudeau’s senior advisor Ben Chin for his "kindness in helping shape our latest program with the government", to which Chin responded, "Great to hear from you Craig. Let’s get our young working."

"You’re in a lot of trouble here, my friend. You’re under oath, perjury is a crime," Poilievre said, after both brothers initially testified that Chin played no role in helping shape the program.

Craig then admitted that an executive assistant had drafted the message that was sent as a LinkedIn contact request to Chin but maintained that the two had not spoken in the previous two years.

"Your smirking and evading might be fun now, it's not going to be fun when we investigate you for contempt of parliament," Poilievre added, after the two brothers failed to share the name of the executive assistant with the committee and sidestepped a series of questions.

During an explosive Access to Information, Privacy and Ethics Committee hearing that the Kielburgers were compelled to attend – initially the brothers, through their lawyer, informed the committee that they would reject the committee’s summons – they sparred with multiple parliamentarians and blamed the government for their charity’s demise in Canada. WE Charity announced in September that it would be winding down its operations in Canada.

"The government hid behind a children's charity by letting them take the fall for their decisions," Marc Kielburger said in his opening remarks, noting that the opposition abated them in the effort.

During the over three hours of testimony, the Kielburgers submitted that the charity had paid members of Trudeau’s family $342,955.72 in speaking and expense fees over 42 events, a number they said was not out of the ordinary for regular speakers. The co-founders also revealed that sponsors would pay generous amounts – in excess of $100,000 – to get "red carpet" treatment and would send invites to top officials, including the sitting prime minister, provincial premiers and mayors of host cities to participate in the events.

Trudeau as well as current and former members of his cabinet incurred heavy criticism last summer after media revealed close ties between the officials’ families and the WE Charity, in light of the sole-source government contract awarded to WE.

Former Finance Minister Bill Morneau, who had also faced mounting backlash following his admissions that he accepted expense paid trips and that both of his daughters have relationships with the charity, resigned in August.

There are currently multiple ongoing investigations of Trudeau and his government related to the scandal. The prime minister is presently the subject of a conflict of interest probe by the Canada’s Ethics Commissioner into his relationship with the WE Charity - the third during his five years in office.

Concurrently, there are a number of parliamentary investigations concerning the awarding of the multi-billion-dollar government ward to the WE Charity that have been halted by Trudeau's decision to shut down Parliament until the end of September.