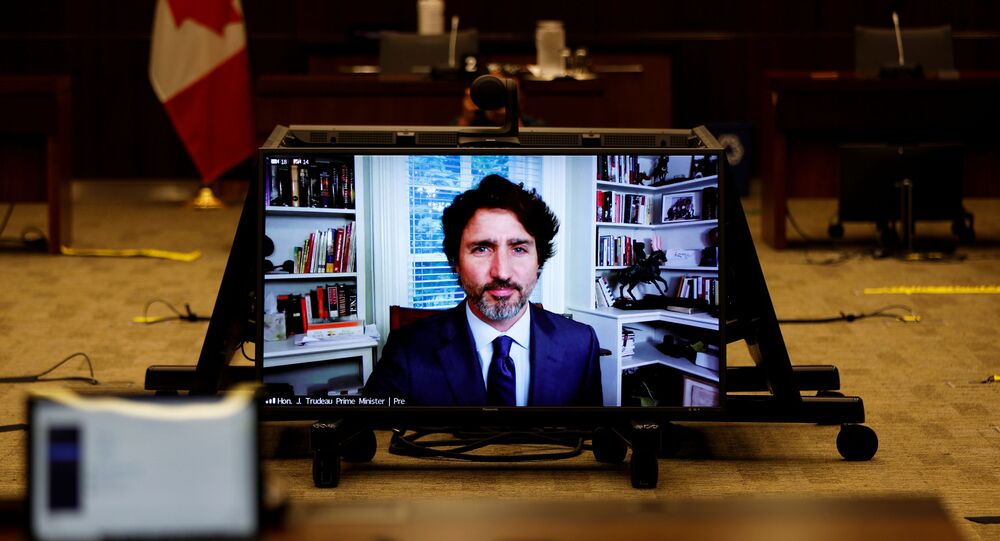 Controversy over the WE Charity emerged after several investigative pieces revealed that Canadian Prime Minister Justin Trudeau and Finance Minister Bill Morneau were in close ties with the grant-winning charity. The two officials were subject to an ethics probe, but insisted that public service had recommended awarding the charity.

Ottawa said in a statement on Friday that it would not extend its contract with the WE Charity amid a conflict of interest probe launched into Prime Minister Justin Trudeau, cited by Global News.

“We are deeply concerned and troubled by the allegations against WE,” the statement read. “This is taxpayer money. Hard working people in this province deserve to know that their money is delivering value, and these allegations raise serious questions.”

According to the statement, the Ministry of Education “has been directed to not renew the contract with WE and to investigate the expenditures to date.”

The controversy erupted amid allegations that Trudeau, along with Finance Minister Bill Morneau, had ties with WE, which emerged after the charity received a $670-million sole-source contract to administer a government-sponsored student volunteer program.

The charity co-founders revealed to the parliamentary committee that the Trudeau family had received nearly $160,000 in payments for appearing at WE Charity speaking engagements.

Trudeau and Morneau claimed that the decision to award the charity came on the recommendation of public service, but apologized for not distancing themselves from the decision-making process.

An ethics probe has been launched, with some calling on the two officials to resign, which they have refused to do. The probe is the third that Trudeau and Morneau have faced during their time in office.

The WE charity is an international development charity and youth empowerment organization founded in 1995, with goals to "empower change with resources that create sustainable impact" and "operate collaborative programs both domestically and internationally".