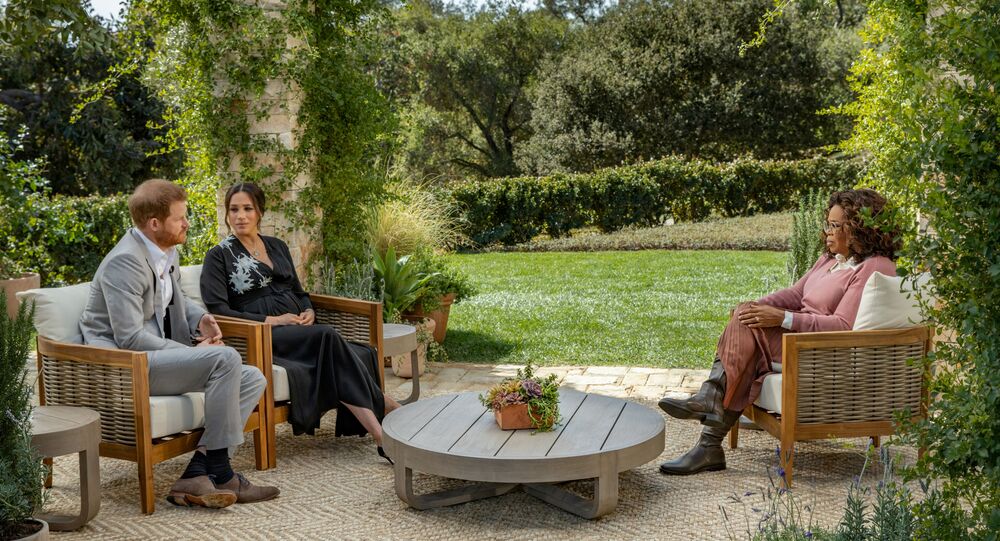 MOSCOW (Sputnik) - Meghan Markle, the wife of Prince Harry, says she was silenced after joining the royal family and did not receive the support she had expected.

"It was only once we were married and everything started to really worsen that I came to understand that not only was I not being protected but that they were willing to lie to protect other members of the family," Meghan told Oprah Winfrey in a interview aired on Sunday.

Meghan said she had been naive before her wedding because she grew up not knowing much about the royal family.

"There's the family, and then there's the people that are running the institution, those are two separate things and it's important to be able to compartmentalise that because the queen, for example, has always been wonderful to me," Meghan told Oprah.

Meghan said she and Prince Harry were wed in secret three days before the official ceremony on May 19, 2018.

Markle told Oprah that ahead of her son Archie’s birth on May 6, 2019, there were royal family discussions: "the conversation of 'he won't be given security, he's not going to be given a title' and also concerns and conversations about how dark his skin might be when he's born."

Harry and Meghan revealed during the Sunday Oprah interview that the second child they were expecting was going to be a girl.

Prince Harry and Meghan stepped back from royal duties last year and moved to the United States with their son. In February of this year they informed Queen Elizabeth II that they would not return as working members of the UK royal family. Prince Harry said that the mental health impact of the "toxic" UK press played a part in the decision.