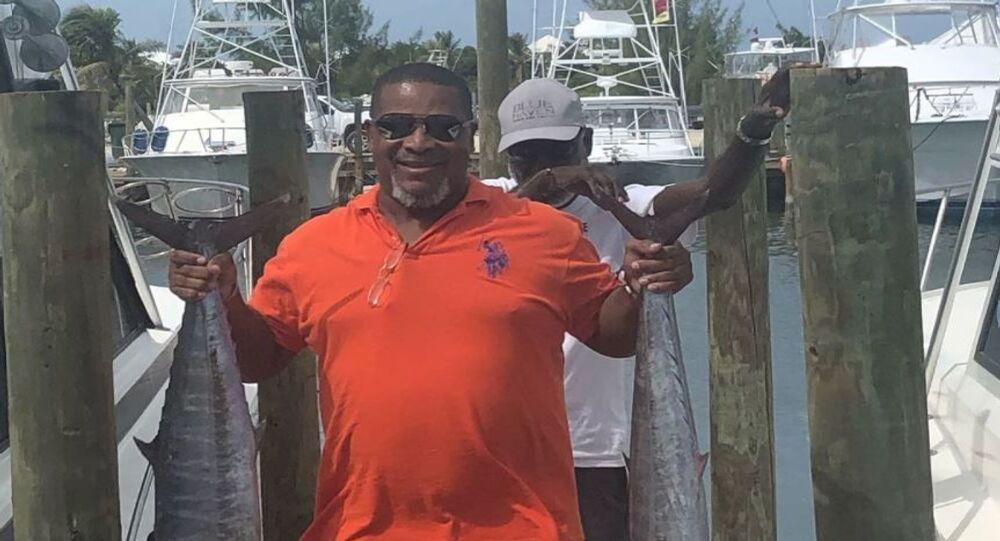 After Judge’s Death During £107Mln Trial, Will British Colony Residents Be Made to Pay for Retrial?

In 2009 Michael Misick was forced to resign as premier of the Turks and Caicos Islands, a British overseas territory in the Caribbean, and direct rule from London was imposed. In 2015 Mr Misick and eight others were put on trial for corruption.

The Director of Public Prosecutions in the Turks and Caicos Islands has been urged to halt legal proceedings against Michael Misick and several other politicians in the British overseas territory following the death of the trial judge.

Judge Paul Harrison, 85, died on 7 February leaving the trial - which has so far cost an estimated £107 million - in limbo.

When the trial started in December 2015 the British prosecutor, Andrew Mitchell QC said £9m in corrupt payments had been made to Mr Misick and other members of the Progressive National Party (PNP) during the period 2003-2009.

© Photo : Michael Misick/Instagram
Michael Misick (second from the right) with fellow PNP activists in the Turks and Caicos Islands

Mr Misick, 55, and his co-accused have denied the charges and the trial has cost Turks and Caicos Islanders ten times as much, after the Foreign and Commonwealth Office in London decided taxpayers in the archipelago would have to fund it.

​On Monday, 15 February, the trial will formally be ended, following the death of Judge Harrison, a Jamaican, but it will then be up to the islands' Nigerian-born Director of Public Prosecutions, Eugene Otuonye QC, to decide whether to have a retrial before a new judge.

Mr Misick told Sputnik: "It’s been almost 13 years of investigations and trial. The longest in British history. At all times I have maintained my innocence. I believe me and my colleagues have been punished enough.”

He added: "I hope the powers that be see the wisdom in bringing this trial to an end and allow our country to move on. We have been greatly affected by the global pandemic and economic situation. Enough is enough. The country needs a break."

In the past Mr Misick, 55, has said he was the victim of a “political witch-hunt.”

Mr Misick was at the time of the charges married to US hip hop model and actress LisaRaye and attracted celebrities like Michael Douglas, Catherine Zeta-Jones, Chris Tucker and Lil' Kim to the islands.

He said he was trying to make the islands “sexy” and said the British “killed the buzz” when they imposed direct control.

The people of the Turks and Caicos Islands will be going to the polls on Friday, 19 February, in a general election with premier Sharlene Cartwright Robinson, of the People’s Democratic Movement, seeking to fend off a renewed challenge by the PDP, led by Dr Rufus Ewing.