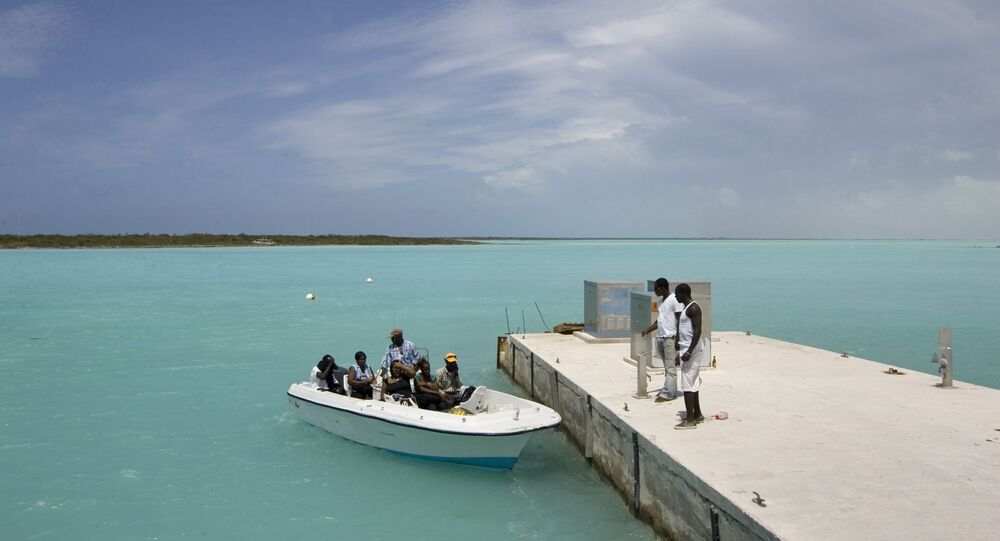 The former Prime Minister of the Turks and Caicos Islands - a British overseas territory - went on trial in December 2015 accused of corruption. Almost five years later the trial is still not over but has cost the islands’ taxpayers US$100 million.

The British prosecutor in the trial of Michael Misick, the former prime minister of the Turks and Caicos Islands, has said delays and spiralling costs were "out of my control".

Mr Misick was arrested and put on trial in December 2015, accused of using public money to spend US$23,000 on a wardrobe stylist, US$110,000 for a boat charter for his wife, US actress LisaRaye McCoy, and US$150,000 on furniture in his home. Several other Progressive National Party (PNP) politicians were also charged.

​But the trial - being prosecuted by British barrister Andrew Mitchell QC and chaired by Judge Paul Harrison from Jamaica - has dragged on for almost five years and cost Turks and Caicos Islanders US$100 million.

In 2016 Mr Misick told the Mail Online he and his co-defendants were the victim of a "political witch-hunt".

In 2017 the islands were hit by two hurricanes - Irma and Maria - and in 2018 Willa Grey, an entrepreneur and former police officer, told Sputnik: "The trial is long-winded and tiresome and it's very costly. It's hurting the entire nation and the money could be better spent repairing the hurricane damage.”

Mr Grey added: “It is one of the longest trials in the history of the Caribbean and people are starting to wake up and think why are we paying for it.”

The territory’s Premier Sharlene Cartwright-Robinson - of the People’s Democratic Movement - has repeatedly asked the Foreign Office to contribute towards the cost of the trial but they have refused.

In a statement to Sputnik, Mr Mitchell said: “The length of the trial is not a matter that is much in my control given that the court found a case to answer a year or so ago and there have been a number of events which have caused the delay since then.”

He said these included the COVID-19 crisis, an unrelated illness suffered by one of the defence barristers and the murder of another defence lawyer’s partner.

​In September last year Anthony Van der Woerd, 71, a British businessman, died during a home invasion at the rented home he shared with lawyer Malcolm Bishop QC in the village of Cooper Jack, near the islands’ capital, Providenciales.

Mr Bishop was attacked and robbed before his partner was shot in the head at point blank range.

The islands have a population of only 35,000 but have seen a number of murders in the last year. The archipelago’s governor, Nigel Dakin, said last year “a small number of bad men” were to blame for the crime wave.

Earlier this month the TCI Sun newspaper reported a South African-born mechanic, Tim Viljoen, had been arrested by the local police after firearms and ammunition were found on a luxury yacht, the Sanity, at Turtle Cove Marina in Providenciales.

THE TURKS AND CAICOS ISLANDS HAS SEEN SIGNIFICANT DEVELOPMENT IN ITS COVID-19 POSITION SINCE THE PREVIOUS UPDATE; WITH THE TCI NOW TRAGICALLY RECORDING ITS SECOND COVID-19 RELATED DEATH. pic.twitter.com/pTXD2jV4uk

​The yacht is one of a number owned by Provo Elite Charter, whose shareholders include Andrew Mitchell QC and John Phillips, a UK government-appointed member of the Turks and Caicos Islands House of Assembly.

In a statement to Sputnik News, Mr Mitchell said: "My investment in the Provo Elite Charter was an investment in a company following receipt of an IM (information memorandum). It appeared to me be an interesting investment, backed by other who had put in many multiples of the amount I invested and supported by a well known local figure John Phillips."

"It was a long time back and has no connection with the activities of Tim Viljoen, who was to be running one of the boats with jobs created locally. Sadly, the business did not really get off the ground and that was it," he added.

Mr Mitchell told the TCI Sun he found Mr Viljoen to be of “questionable honesty and integrity”.

On the website of his legal chambers, Mr Mitchell is referred to as "a man of godlike status", a "star individual", a "king of POCA (the Proceeds of Crime Act)" and "a godfather of the area".

The website says: "Andrew is currently acting on behalf of the Crown (leading a team of 3 other lawyers) in a corruption case involving the former Premier, cabinet ministers and Attorneys in the Turks and Caicos Islands.”

'Matter is Under Investigation'

Asked for a comment about the guns reportedly found on the yacht, Trevor Botting, the islands’ Commissioner of Police, told Sputnik: "The matter you refer to is under investigation so no further comment will be made at this time."

In his statement to Sputnik, Mr Mitchell said he felt it was "sensationalist" to conflate the issues of the trial and the police investigation.

Sputnik News contacted the Foreign and Commonwealth Office in an attempt to find out what they thought about the length of time the Misick trial has taken and whether they felt Mr Mitchell’s position as prosecutor could be harmed by his connection to Mr Viljoen and the firearm investigation.

But the Foreign Office did not reply to any of the calls.