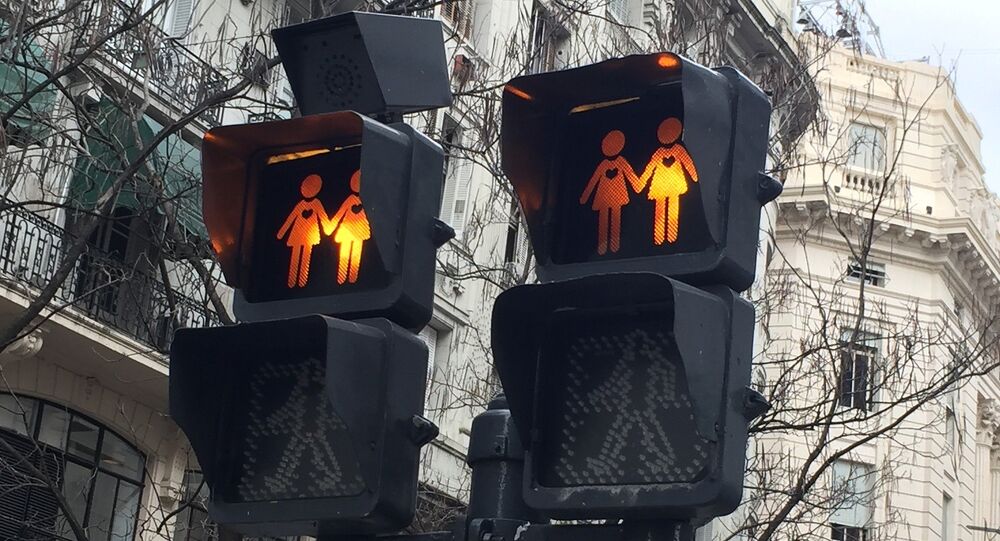 The Global Britain report calls for British citizens living in Bermuda, the Cayman Islands and the Turks & Caicos Islands to be given the right to vote in these British overseas territories.

Politicians in Britain's overseas territories in the Caribbean have reacted angrily to the publication of a report which calls for the legalising of same-sex marriages and forcing British expats to be given the vote. Sputnik spoke to Michael Misick, former prime minister of the Turks and Caicos Islands.

The report says "belongership" — the term under which British and other expats live in the territories — is wrong.

"While we recognise that the overseas territories are small communities with unique cultural identities. We do not accept that there is any justification for to deny legally resident…UK citizens the right to vote and to hold elected office," says the report.

The Prime Minister of the Cayman Islands, Alden McLaughlin, said the report, published on 21 February, was "shameless and shameful."

"The day the UK government seriously considers that persons who are not Caymanians can stand for office is the day, if I'm still able, if I'm alive, I lead the charge for independence," Mr Laughlin told a local media outlet.

Bermuda's Premier David Burt also vowed to fight the proposal, which he said was a "tone deaf" idea, which ignored his island's history.

"The right to vote is perhaps the most highly valued right in a democracy. To suggest that non-Bermudians should have the right to determine the direction of our country via the ballot box ignores the history of voting rights in Bermuda and is a tone-deaf recommendation which we will strenuously resist," Mr Burt told the Royal Gazette newspaper.

"This report is beyond concerning. It puts our very patrimony at risk. If the recommendations are passed by Parliament it would fundamentally alter what it means to be a Turks & Caicos islander," Mr. Misick told Sputnik.

"We would no longer have any control over our government because the British could simply come here and vote out our representatives and put in their own. Furthermore, they are seeking to force their cultural values on our society with their demand for us to recognise gay marriage," Mr Misick told Sputnik.

There are around 20,000 "belongers" in the Turks & Caicos Islands, far outnumbering the 8,000 islanders who are registered to vote.

He urged islanders to protest peacefully against the report's recommendations.

"No fundamental change should be made to our constitution or to the colonial relationship without the express wish of the Turks and Caicos people through a referendum," Mr Misick told Sputnik.

He also reiterated his threats to push for independence from Britain if the UK government seeks to go ahead with the changes.

Mr. Misick said the UK government was looking to a place to continue their "outdated empire" following Brexit.