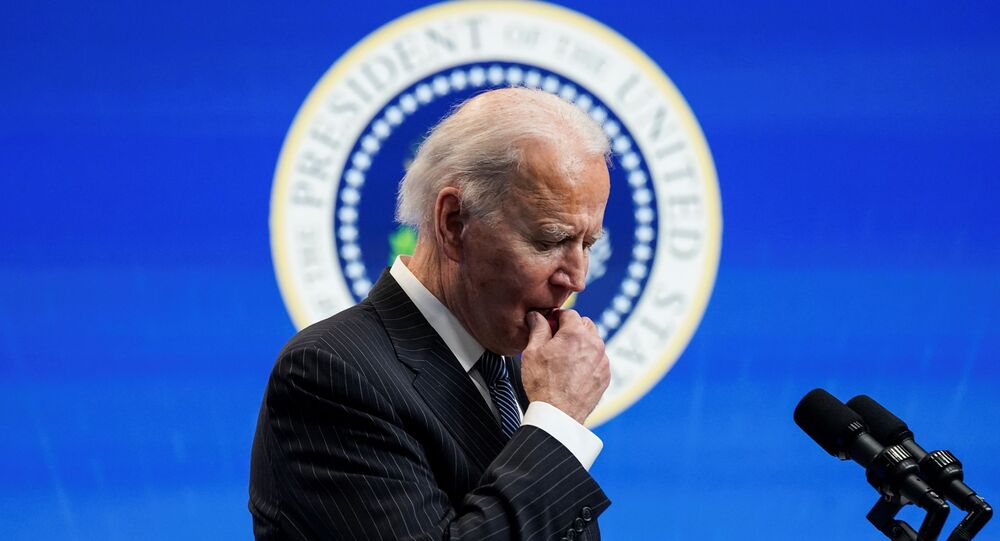 The delay will give the Biden administration time to review Trump's executive order, launched in November with a 28 January deadline, which blocked US companies from investing in China and slapped numerous mainland firms with restrictions, barring access to key US technologies.

The Biden administration will postpone a ban on US firms investing in Chinese tech companies accused of links to the Chinese Communist Party and military under former US president Donald Trump, the Financial Times reported on Thursday.

© AP Photo / Vincent Yu
Chipmaker Group Urges Biden Government To Reassess 'Unilateral' Trump-Era Trade Ban, Policy On China
US President Joe Biden extended the deadline to 27 May pending a major review of Trump's trade war on Beijing, which slapped dozens of Chinese tech companies with restrictions and bans from May 2019.

The Treasury's Office of Foreign Assets Control (OFAC) has approved the extension under a general licence, the FT wrote.

“Industry very quickly made it clear to Ofac and the US government that the situation was unworkable. Instead of admitting that it had adopted an unworkable standard, the Trump administration issued a general licence to provide a break for a couple of weeks that would stick it to the Biden administration, which would have to clean up the mess,” Mr. Smith told FT.

“It gives the new administration time to potentially clean up an action that created significant market confusion. General licences are a common method of tweaking sanctions programmes after their implementation to manage against initial unanticipated consequences,” he added.

The news comes days after SEMI, a trade organisation representing top semiconductor firms including Intel, Samsung Electronics, Micron Technologies and others, slammed Trump's administration in an open letter for imposing sanctions against Chinese firms "without public input" and for harming "the long-term competitiveness of tech firms".

"The prior administration implemented broad, ambiguous unilateral controls on semiconductor-related items through a highly unusual process to revise the Commerce Department’s Export Administration Regulations (EAR), with little or no public input, and without a clear articulation of the overarching policy," he wrote in the letter at the time..

The group urged Biden's team to reassess export restrictions slapped on Chinese firms last year and to prioritise backlogged trade licences filed amid the ongoing trade war. Failing to do so would stifle innovation and subject US companies to retaliatory actions from Beijing, further destabilising markets and trade, he added.