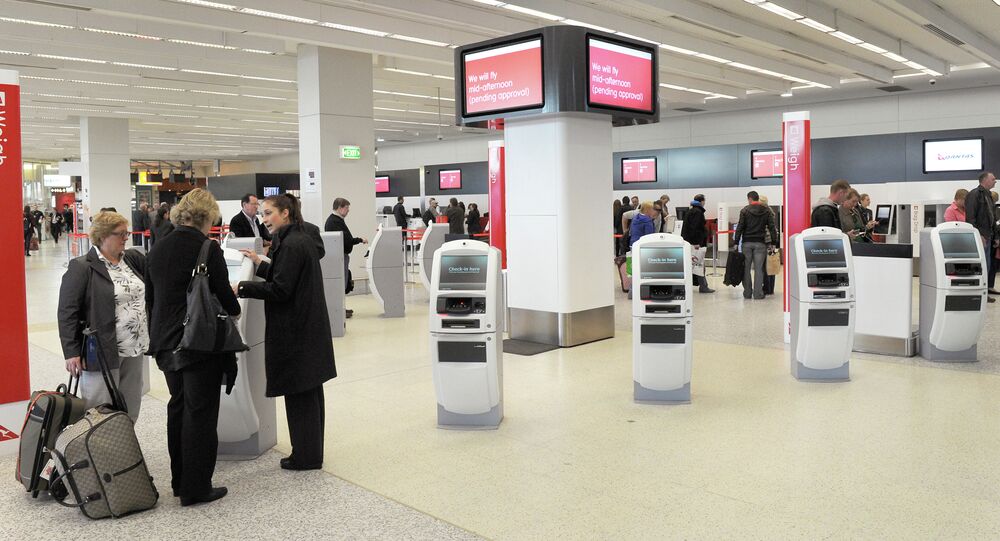 NEW YORK (Sputnik) - Two men have been extradited from Australia to the United States on charges of bilking hundreds of thousands of Americans out of more than $50 million in unwanted text messaging services, the US Justice Department said in a news release.

Michael Pearse, an Australian national, and Yongchao Liu, a Chinese national also known as Kevin Liu and residing in Australia, arrived in the United States on Monday, the release said on Tuesday.

The men "victimized hundreds of thousands of mobile phone customers to the tune of more than $50 million", sending them unsolicited text messages through a practice called "auto-subscribing," the release added.

According to the complaint, Pearse and Liu worked for a company called Bullroarer, which was affiliated with another entity called Tatto that was involved in the racket.

To carry out their scheme, they "purchased" large numbers of mobile phone numbers from co-conspirators at US-based Mobile Messenger.

"Pearse, Liu and their co-conspirators then worked to have unsolicited text messages sent to these and other mobile phone numbers and to enroll those customers in premium text messaging services without their knowledge or consent," the release said, adding that the messages covered topics like horoscopes, celebrity gossip and trivia facts.

If convicted, the two could face a maximum penalty of 20 years in prison, according to the release.