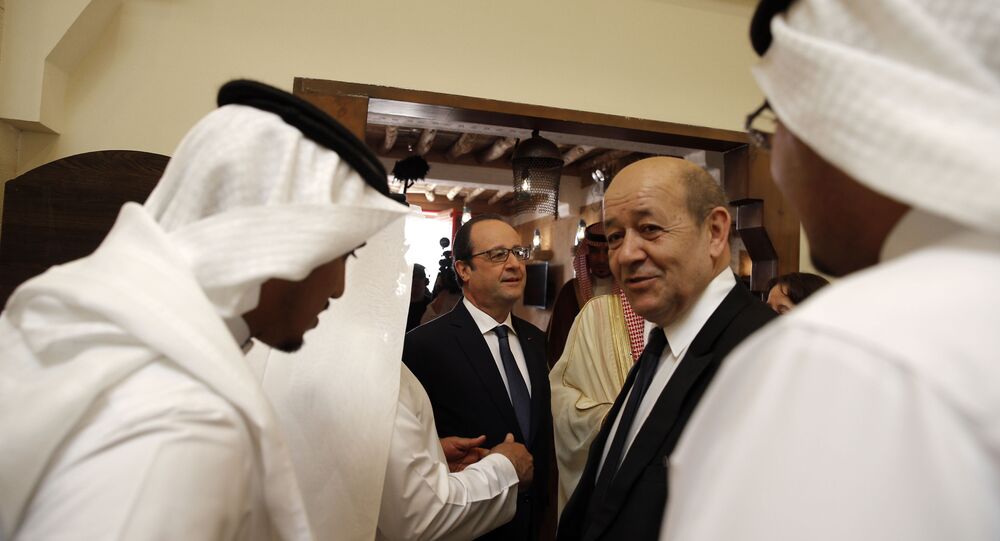 The incoming Biden administration has signalled readiness to hold talks over rejoining the Iran nuclear deal. Tehran has expressed cautious optimism over the idea, but is also urging Washington to drop its crushing sanctions first and forget about renegotiating the landmark agreement to include things like Iran’s conventional missile programme.

Iranian Foreign Minister Mohammad Javad Zarif has lashed out at his French counterpart Jean-Yves Le Drian over the latter’s recent claim that Iran was “in the process of acquiring nuclear (weapons) capability” and had “destabilised” its neighbours, suggesting the French diplomat needed a “reality check.”

“Reality check: YOU are destabilising OUR region. Stop protecting criminals who chainsaw their critics and use YOUR arms to slaughter children in Yemen,” the top Iranian diplomat added, referring to the gruesome details of the 2018 assassination of Saudi journalist Jamal Khashoggi, and the ongoing Saudi-led campaign in Yemen against the Houthi militia.

Zarif went on to accuse the three Western European signatories to the Joint Comprehensive Plan of Action of doing “zilch” to preserve the nuclear deal in the aftermath of Washington’s withdrawal from the agreement in 2018, and suggested that the reason the JCPOA is still alive was “because of Iran,” not the UK, France and Germany.

© AP Photo / Hani Mohammed
Lavrov: US Plan to Label Houthis as Terrorists Can Have Negative Impact on Situation in Yemen
On Saturday, in a plea to get both the United States and Iran to return to an updated nuclear deal, Le Drian accused Tehran of working on nuclear weapons capability. According to the foreign minister, the current US administration’s campaign of “maximum pressure” against Tehran had proven to be a failure and “only increased the risk and the threat.”

France's foreign minister added that the deal needed to be renegotiated to account for Tehran’s “ballistic proliferation” and its “destabilisation of its neighbours in the region.”

Iran has stressed repeatedly that the JCPOA is not up for renegotiation. Last week, Iranian Supreme Leader Ali Khamenei said that Tehran was in no hurry to see the US rejoin the agreement, stressing that Washington would do better to lift its sanctions against the Islamic Republic. On Thursday, an aide to Khamenei suggested that a US return to the agreement without lifting its sanctions first could lead to a situation where Washington “extorts” Iran prior to scrapping each individual restriction.

Tehran estimates that the US has imposed sanctions against over 1,500 Iranian companies and nationals, not counting organisations and other entities. The Trump White House has worked frantically to increase its sanctions pressure against Tehran in its final weeks in office, even issuing new restrictions on entities and persons already targeted in the past.