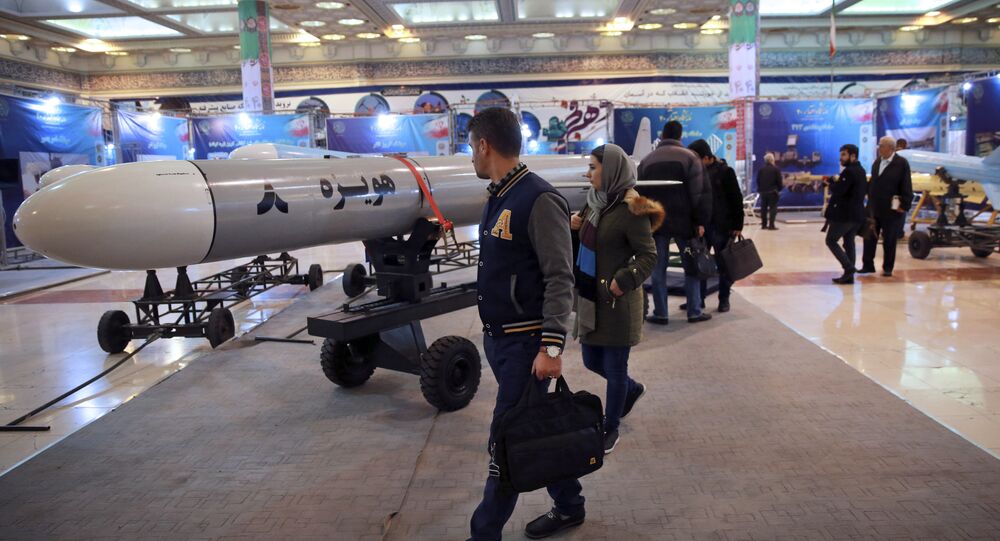 In recent weeks, the outgoing Trump administration has ramped up sanctions pressure on Iran, ostensibly in a bid to complicate Joe Biden's plans to see Washington rejoin the Iran nuclear deal.

"Iranian conventional arms proliferation poses a persistent threat to regional and international security, as evidenced by Iran's continued military support and confirmed arms transfers that fuel ongoing conflict in Syria, Lebanon, Iraq, Yemen and elsewhere," Secretary of State Mike Pompeo said in a statement, which appeared on the State Department's website on Friday.

The restrictions are said to target the Iranian defence industry organisations for "the supply, sale, or transfer, directly or indirectly, to or from Iran, or for use in the benefit of Iran, of arms or related materiel, including spare parts."

Pompeo also pointed out that all three of the Iranian defence industry organisations are already sanctioned under previously-announced restrictions, making it unclear how or why they have been designated a second time.

The new sanctions also target companies and persons from China and the United Arab Emirates over the sale of steel products to Iran, and/or for their association with the Islamic Republic of Iran Shipping Lines, its subsidiaries, and other shipping entities. Those designations include a total of seven entities and two individuals for their alleged violations of US sanctions policy.

Islamic Republic of Iran Shipping Lines has been sanctioned since June 2020, when it was listed as a "preferred shipping line for Iranian proliferators." The sanctions announced Friday include personal sanctions against Mohammad Reza Modarres Khiabani, identified as the company's "principal executive officer."

Since withdrawing from the Iran nuclear deal in 2018, the Trump administration has targeted over 1,000 individuals and entities with Iran-related sanctions, with restrictions including Iranian companies, businessmen and government officials, as well as secondary sanctions against countries and companies doing business with the Islamic Republic.

Tehran has repeatedly criticised the US over its sanctions policy, particularly as it relates to the supply of medicines and medical equipment amid the coronavirus pandemic, but has also stressed repeatedly that US pressure has failed to bring the country to its knees.

RUSSIAN FOREIGN MINISTRY
‘Lawless Bullying’: Iran’s Zarif Slams Trump Loyalists for Supporting Sanctions Against Iran
Friday's new arms sector sanctions come in the wake of a major diplomatic defeat suffered by Washington at the United Nations in October 2020, with a US campaign to prolong the international arms embargo against Iran rejected by Russia, China, and even America's European allies. The lifting of the restrictions allows Iran to freely import and export conventional weapons. In addition to expressing its interest in purchasing some foreign military equipment, Iranian officials have signalled Tehran's readiness to sell the country's home-grown military designs to other countries.

After being deprived of its ability to purchase weapons from the US and Europe following the Revolution of 1979, Iran has created a major domestic arms industry, developing and building everything from drones and advanced air defence systems to missiles and communications equipment, with most equipment said to be built from domestically-sourced materials, including electronic components.