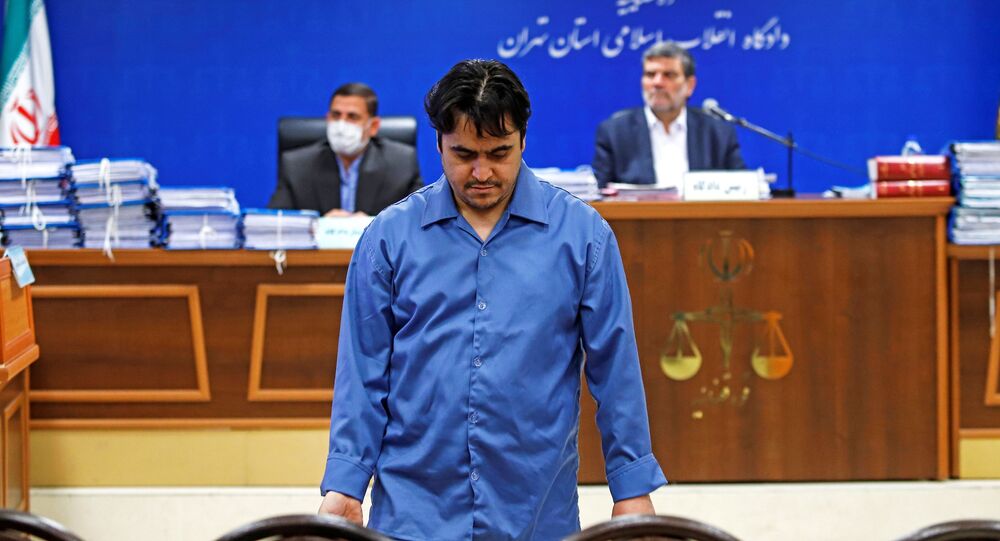 Zam was the administrator of the Amad News channel on Telegram, which had around 1.4 million subscribers. He had been living in exile in France until 2019, when Iran's Republican Guard (IRGC) claims it lured him back to the country and arrested him.

The Iranian Foreign Ministry has summoned the ambassador of Germany, the current holder of the European Union’s rotating presidency, and plans to summon the French envoy to Tehran later on Sunday, following criticism of the execution on Saturday of dissident Iranian journalist Ruhollah Zam, Fars news agency reported.

France and human rights groups, including Amnesty International, have strongly criticised Zam's execution. The journalist had been based in Paris before he was lured back to Iran and put on trial.

France described Zam's execution as "a serious blow to freedom of expression and press freedom in Iran".

​In a message broadcast on Iran's state television last year, the IRGC claimed that its agents had captured Zam as part of a "complex operation using intelligence deception".

The IRGC described him as an important contributor to "the enemy's media network" which was conducting "psychological warfare" and alleged that he was connected to intelligence services in France, Israel and the US.

Zam had run a channel on the Telegram messaging app called Amadnews. His Telegram channel and website were used to spread news about anti-government protests in 2017, including their timing and location, as well as to share embarrassing information about leading Iranian officials.

He was sentenced to death in June after being convicted of "corruption on Earth", a charge often used in Iran in cases which involve espionage or threats to overthrow the Iranian government.

Dozens of people were killed during widespread protests in Iran during the 2017-18 New Year holidays.

The diplomatic spat comes at a sensitive time for EU-Iran relations, with a major business conference aimed at boosting trade between Iran and the bloc set to begin on Monday.

Some social media users criticised the EU for putting business above human rights.

​Others called for more severe sanctions.