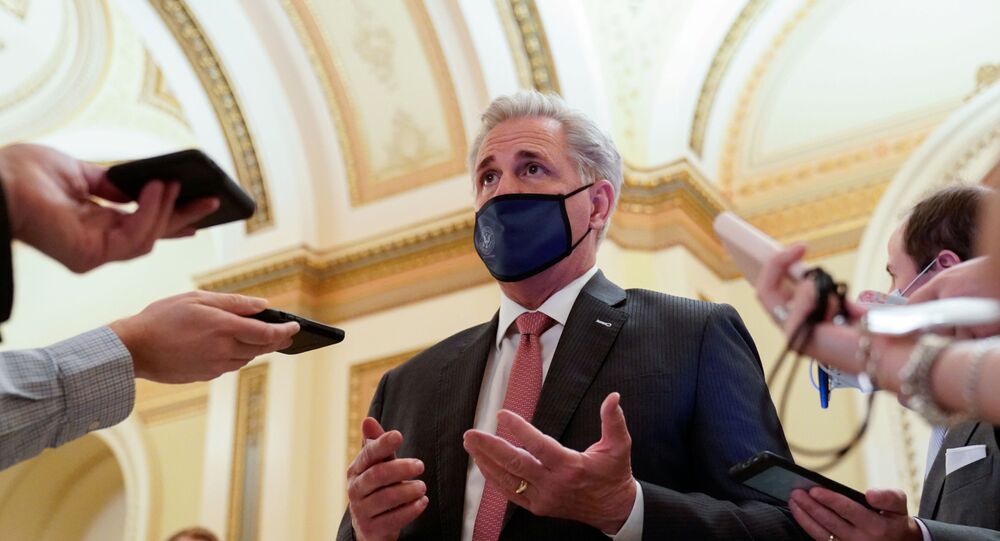 According to media reports, Democratic congressman Swalwell was one of the "targets" of Christine Fang, a reported Chinese spy who developed close ties with the congressman in order to gather information for the Chinese government.

House Minority Leader Kevin McCarthy has slammed Nancy Pelosi for appointing Eric Swalwell to the House Intelligence Committee, despite his "years-long ties with a reported spy from China".

McCarthy sarcastically suggested that the House Speaker was "so preoccupied with going after" President Donald Trump that she decided not to protect the USA from "bad actors".

On Tuesday, McCarthy shared a tweet saying that Swalwell has been disqualified from his position for a long time, as the US now learns about his involvement in allegedly helping a spy to gather information for China.

​An Axios report claimed on Tuesday, citing a year-long investigation, that Christine Fang, a suspected Chinese intelligence agent, was involved in a political intelligence operation run by the Chinese spy agency. From 2011 to 2015, during Obama's tenure in the office, Fang reportedly developed extensive ties with local and federal US officials, allegedly including two romantic/sexual relationships with at least two mayors.

Concerning Swalwell, Fang reportedly was involved in fundraising activities on his behalf. The congressman, however, has not seen her in more than six years, according to the report.