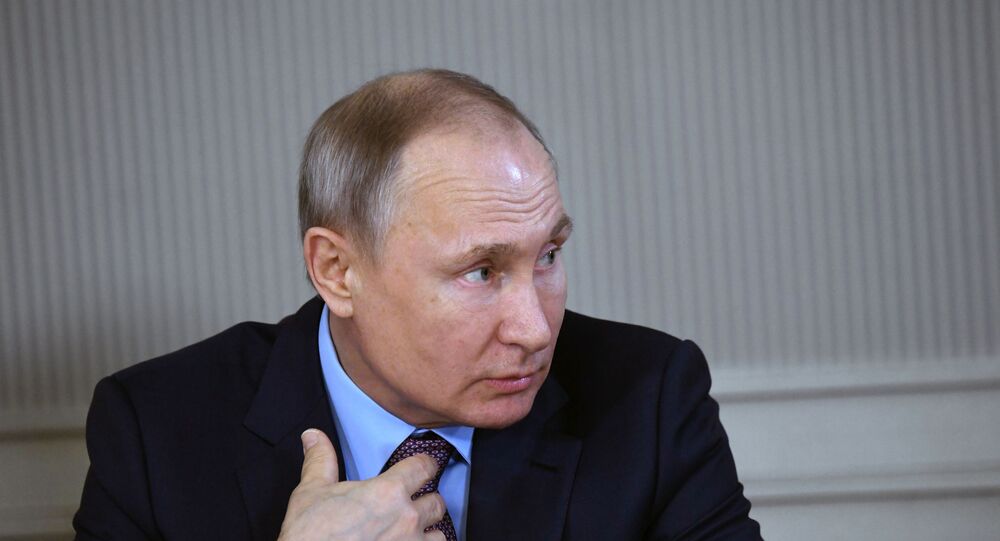 Putin Reveals Why He Hasn't Yet Congratulated Biden

PETROPAVLOVSK-KAMCHATSKIY, Russia (Sputnik) - Russian President Vladimir Putin said he was not guided by ulterior motives when he withheld congratulations for Joe Biden on his projected presidential victory amid Donald Trump's refusal to concede.

"Formalities must be followed based on established practices and legal standards. There is no ulterior motive or anything that could serve to further degrade our relationship. It is a purely formal approach," Putin told the Rossiya 1 broadcaster.

The president added he took the wait-and-see approach as he expects the post-election dust to settle in the United States.

"It is not that we like or do not like someone — we are simply waiting for an end of this internal political confrontation," Putin said, adding he had equal respect for both Trump and Biden. "We will work with any person, who holds the trust of the US people. But to whom this confidence is given — it must either be indicated through political convention when one of the parties recognizes the victory of the other, or the final results of the election should be summed up in a legitimate, legal way".

© REUTERS / CARLOS BARRIA
U.S. President Donald Trump is followed by HHS Secretary Alex Azar as he arrives to speak about prescription drug prices during an appearance in the Brady Press Briefing Room at the White House in Washington, U.S., November 20, 2020.

Putin also said that everyone understands that the US election system has drawbacks.

"It is quite evident - it is clear for everyone in the world - it seems to me that it is clear for Americans, there are problems in the US election system...A candidate, who wins in this or that state, he gains all votes of the electors. For example, there are 20. Gained 11, but took all 20. But it may be that there are fewer voters behind these electors...Is it democratic? In my opinion, the question is obvious," the president said.

He added, however, that he did not mean to "stigmatise the American political system or election system."

"It was done long ago. As one of my American past colleagues told me: 'We got used to it.' The practice has been shaped. Whether it is necessary or not to change anything there - it is not our business," Putin said.

Russian presidential spokesman Dmitry Peskov has repeatedly stressed that Moscow is ready to work with any president elected by American voters to find ways to normalise the Russian-American relations.

© REUTERS / CARLOS BARRIA
Trump Tweets 'I Won' After Saying 'Fake Results' of 2020 Mail-In Vote Shouldn't be Allowed to Stand
Major US media networks have projected Democratic nominee Joe Biden to be the winner of the 3 November presidential voting, even though the Electoral Colleges is yet to cast its vote. The media forecast has prompted a large number of world leaders and politicians to congratulate Biden and his running mate, Kamala Harris on their "win", however, the sitting president of the United States, Donald Trump, argues that he has won the election but the victory was stolen from him via massive election fraud due to mail-in voting and the Dominion vote-tallying machine software erroneously "flipping" votes to Democrats.

Trump and his legal team have initiated audits and recounts in several states and have filed a number of lawsuits, citing numerous voting violations in key battleground states that could have affected the outcome of the election.